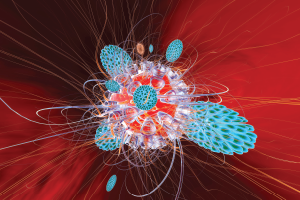 WASHINGTON, D.C.—Speaking at the 2016 ACR/ARHP Annual Meeting in a session titled ARHP: Immunology Boot Camp I: Basis of Targeted Therapy, a rheumatologist and immunology expert gave a guided tour of the immune system, described what can go wrong with it and outlined what physicians can do when it does.

Troy Torgerson, MD, PhD, associate professor of pediatric immunology and rheumatology and director of the Immunology Diagnostic Laboratory at the University of Washington in Seattle and Seattle Children’s Hospital, separated the immune system into four compartments, likened it to the military and offered a framework that can be valuable to clinicians.

The complement compartment of the immune system, he said, includes land mines that explode into action when triggered. According to Dr. Torgerson, phagocytes are like the Marines. Like U.S. Marines crawl through mud to a battlefield, phagocytes work their way through tissue to sites of inflammation. B cells, he said, are the Air Force, making and deploying cruise missile-like attacks on bodily invaders. And T cells are like the generals, assassins and psychologists, guiding B cell attacks, killing infected cells and regulating other immune cells.

Thinking of disease as defective compartments within the immune system can be a helpful approach in diagnosing and managing patients, Dr. Torgerson said.

“When we sit down in clinic and [walk] through patient [files], I encourage our fellows and our students to actually think about, ‘Could this patient have a defect in complement, phagocytes, B cells, T cells?’ [I] just try to get their heads around what might be the defective compartment,” Dr. Torgerson said. “The immune system is like the military that protects your body, or your homeland, against invaders and prevents invaders, such as viruses and bacteria, from coming in, taking over and trying to take down your homeland.”

Dr. Torgersen said it’s useful to think of the complement compartment as containing the land mines, proteins that are floating around in the plasma, waiting for something to come along and stumble onto them, such as a bacterium. Activation or cleavage events prompt the production of the membrane attack complex, which punches a hole in the bacterium, causing an explosion.

‘The immune system is like the military that protects your body, or your homeland, against invaders.’— Dr. Troy Torgerson.