You are here: Home / Articles / 10 Characteristics of Good Mentoring: Tips for What Mentees Need from Their Mentors
Print-Friendly Version / Save PDF 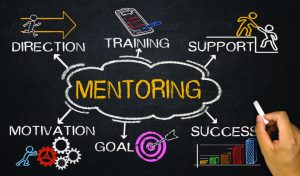 ATLANTA—The relationship between mentor and mentee can be powerful and last a lifetime. But a productive mentoring relationship is no simple thing, according to an expert at the 2019 ACR/ARP Annual Meeting. The roles of a good mentor range from spiritual advisor to truth teller to coach to therapist, said Antony Rosen, MBChB, rheumatology division director at Johns Hopkins Medicine, Baltimore.

When looking for mentors, you have to seek out multiple people to fill these roles, said Dr. Rosen. He described 10 essential characteristics of good mentoring.

“The chances that one individual has all of these 10 attributes in abundance is very low. We have something that we’re going to be great at and other things we’re probably going to be bad at,” he said. “When you’re looking for mentors, you need to have teams of mentors.”

Below are the traits he described:

1. Inspire: “What I mean by inspire is not model, is not teach, but is to show a view of the world that the mentee sees in a way that guides their lives. Humans are drawn to narrative and story. Our most ancient wisdom is around story … You need to look for a mentor or a mentoring team that has a story that resonates with you,” Dr. Rosen said.

“Be sure that, when you go into an interaction with the person who’s going to be your mentor, you feel inspired,” he added.

2. Sculptor: A Japanese sculptor, Isamu Noguchi, said his job is not to impose something on an object, but to reveal it. “That, in my view, is a key part of what a mentor does,” Dr. Rosen said.

Sculpting involves shaving off rough edges, and the same is true for mentoring. But this can be uncomfortable, he noted. “The mentor-mentee relationship cannot be all roses.”

3. Coach: Lives and careers have trajectories that involve rises and plateaus. During the plateaus, we feel comfortable. It’s during the uncomfortable rises that we need a coach, Dr. Rosen said.

Many examples exist of people who have done really well in clinical medicine or in some kind of science, but if their life calls on them to do something for the next step that involves a different set of skills, they may feel vulnerable or incompetent. “It’s in those moments when we’re acquiring new skills and we haven’t yet acquired them that the coach part of being a mentor is really important,” Dr. Rosen said.

4. Truth telling: This is an area in which Dr. Rosen himself has struggled. Mentees need to hear the truth when their product is not very good, he noted.

“Eventually, the truth will be told. If it’s not you, then the world will tell the truth. So I see truth telling as, in fact, a service to help [mentees] along the path,” he said.

Dr. Rosen noted he used to avoid conflict, leading him to spend time searching for consensus on unimportant matters. But a mentor once told him: “Your problem is that you’re sensitive, and you think conflict is bad. But that’s your preference. Conflict is actually really important if it’s used well.”

“I learned a lot about how to use conflict,” he said.

6. Promoter: “The one thing mentees need is to be helped to the next step,” said Dr. Rosen. Handing off invitations to give talks, assigning review committee positions, invitations to participate in grants—“These are little gifts. Each one is relatively meaningless to the mentor and is so impactful for the mentee.”

He recommended “having specific, explicit discussions with [your mentees] about the fact that we are multi-dimensional beings, that the spirit is critical and that they need to find a way to express that spirit within the context of their work life.”

“There are moments in which it’s time for the grant to go in, and there are things that people didn’t think about until the last minute. And it’s like, ‘Really?’ But you don’t have any option. You have to be generous with your time, because they need it,” he said.

10. Be their rock: One of the most painful experiences is knowing the world isn’t perfect, Dr. Rosen said. Mentees will fail.

“Those are the circumstances in which mentees reach out, and they reach out to the rock,” he said. “And the role of the rock is to be firm and steadfast in the face of whatever it is that’s coming at them.”

Dr. Rosen discussed his experience with a mentee who he’d advised frequently and was often been bothered by small things. Years later, the mentee told him that—eventually—all they had to do was text Dr. Rosen or dial his number. Dr. Rosen didn’t have to respond or pick up. But how was that helpful?

The mentee said, “I hear your advice in my head.”