You are here: Home / Articles / From AIDS to Zika: ‘What’s next?’ asked Dr. Anthony Fauci in keynote address at the 2017 ACR/ARHP Annual Meeting
Print-Friendly Version / Save PDF

SAN DIEGO—The 2017 ACR/ARHP Annual Meeting kicked off on Nov. 4 with a rousing presentation by Anthony S. Fauci, MD, director of the National Institute of Allergy and Infectious Diseases (NIAID). A terrorist attack on U.S. soil, hurricane, cyberattack and pandemic were the four scenarios played out in late 2016, when NIAID conducted a tabletop exercise for the newly elected president’s incoming cabinet.

In this first year of Donald Trump’s presidency, three of these four potential disasters have already occurred: We’ve had a terrorist attack in Las Vegas. Hurricanes Harvey, Irma and Maria wreaked untold damage in Texas, Florida and Puerto Rico. And the extent of Russia’s cyberattacks and interference in the election is still being uncovered. “That leaves pandemic,” said Dr. Fauci.

In Dr. Fauci’s keynote address, Emerging & Reemerging Infectious Diseases: From AIDS to Zika, he recapped what the world has learned in the past 30-odd years from our experience with infectious diseases, such as HIV/AIDS, influenza, SARS, West Nile, Ebola and Zika.

Dr. Fauci was appointed director of NIAID in 1984. He oversees an extensive research portfolio of basic and applied research to prevent, diagnose and treat established infectious diseases. NIAID also supports research on transplantation and immune-related illnesses, including autoimmune disorders, asthma and allergies. The NIAID budget for fiscal year 2017 is approximately $4.9 billion.

Dr. Fauci has advised five presidents and the U.S. Department of Health and Human Services on HIV/AIDS and many other domestic and global health issues. He was one of the principal architects of the President’s Emergency Plan for AIDS Relief, a program that has saved millions of lives throughout the developing world.

AIDS/HIV
The AIDS epidemic was the topic of Dr. Fauci’s first appearance before Congress following his appointment to NIAID by President Ronald Reagan. He said, “… because we do not know the cause of this syndrome, any assumption that the syndrome will remain restricted to a particular segment of our society is truly an assumption without scientific basis.”

In fact, following diagnosis in today’s world, Dr. Fauci can tell patients that they have a life expectancy of 53 years. When Dr. Fauci was first reporting on AIDS/HIV to Congress, the cause was unknown, patients were diagnosed late into their illness and they had a life expectancy of 8 to 15 months. Today, if you assume a patient is diagnosed in their 20s, they have a near-normal life expectancy. That progress led Dr. Fauci to state an important lesson he’s learned in his career: “When we put resources into a disease, we can get results.”

Lessons Learned
Dr. Fauci interspersed his sage advice throughout his discussion of the emergence, course and outcomes of HIV/AIDS, influenza, SARS, West Nile, Ebola and Zika:

Ebola
Dr. Fauci says he learned a couple of lessons from the Ebola epidemic: “Pay attention to emerging infectious diseases even if one doesn’t initially look like it will be a large problem,” and “don’t give up.”

From 1976 to 2014, the incidence of Ebola remained low. But then something changed. From 2014 to 2016, Ebola was reported in Guinea, Liberia and Sierra Leone. Ebola infected 28,616 people and claimed 11,310 lives in those three countries, where the populace is poorly educated and doesn’t trust the government or healthcare system. Based on that experience, Ebola was assumed to carry a 40% mortality rate.

The first case appeared in the U.S. in 2014. Although that patient died following a missed diagnosis and passed the illness on to two nurses, the experience here proved that you can’t expect what happened elsewhere to hold true everywhere. All the other patients in the U.S. survived. We can’t let unreasonable fear of and stigma to attach to patients. 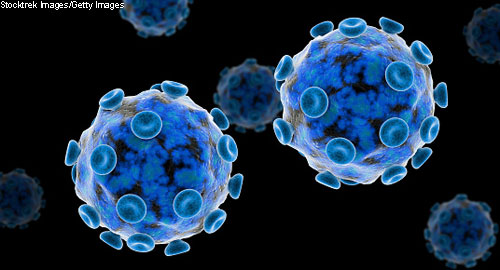 Zika
Through the years, we’ve refined our processes for developing vaccines, and the good news with regard to Zika is that there’s a vaccine in a Phase 2 trial right now, said Dr. Fauci.

What’s Next?
Dr. Fauci asked, “What’s next?” He proceeded to answer his own question: “We don’t know. That’s really the problem.”

He did, however, say that officials are bracing for the return of Zika, that we need a universal influenza vaccine and that the possibility exists for the Mayaro virus or Oropouche virus to become the next naturally occurring threat.

He concluded that we need:

In short, emerging and reemerging infections have been, remain and will continue to be a challenge to public health worldwide.

Keri Losavio is the Wiley editor of The Rheumatologist, eNewsRheum and ACR@Work. She has been an editor/writer for more than 25 years.