You are here: Home / Articles / Ethics Forum: Is a Conflict-of-Interest Slide Enough?
Print-Friendly Version / Save PDF 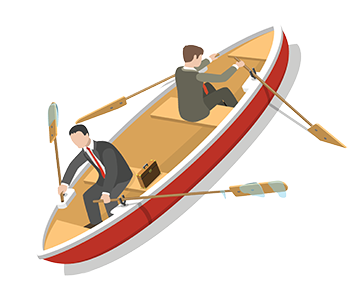 We have all been to numerous lectures, grand rounds and other continuing medical education activities where the speaker, prepared and poised at the podium, begins his lecture with a title slide. Soon after, we see the ubiquitous conflicts of interest slide, which lists the invited speaker’s research funding, his consulting activities and his board memberships—all of which may influence the information presented. This slide is quickly clicked through, and the presenter then proceeds to deliver a well-researched, well-delivered lecture that is (usually) well received by the audience.

How does the audience truly know the presenter’s data and information are free from conflict? Is the conflict of interest slide adequate to protect the integrity of the information being delivered in any particular lecture or talk?

Conflicts of interest can potentially erode the trust between the conflicted party and the audience. In a recent issue of the Journal of the American Medical Association, McCoy and Emanuel describe a three-part causal chain in which a physician has a secondary interest that has the potential to bias their judgment. If their judgment is influenced by their secondary interest, then the biased judgment could lead to some type of harm.2

This is why everyone, including professional medical societies, medical schools, medical journals and the lay public, should have a shared concern in recognizing, understanding and addressing the issue of conflict of interest.

How are we doing at the ACR? A 2017 study examined the reporting of conflicts of interests during oral presentations at five different medical conferences, including the 2016 ACR/ARHP Annual Meeting.3 The ACR fared well when compared with the other academic meetings observed; 45 of the 45 presentations analyzed included some type of a conflict statement or a slide dedicated to conflicts of interest.

The ACR has well-defined policies regarding conflicts for speakers, volunteers, committee and board members. The ACR website includes the disclosures of all board members. Again, is disclosure enough to ensure that conflicts of interest can be adequately examined and assessed?

How Do We Know?

Determining whether a speaker’s judgment is biased is not necessarily straightforward. Although disclosures are an important part of identifying conflicts, some have argued that this measure is not sufficient.4,5 Critics argue that disclosing one’s relationships, financial or otherwise, does little in the way of alleviating concerns over conflicts of interest. In fact, they have argued that disclosures may, inevitably, complicate discussions pertaining to conflicts, as disclosures may be difficult to interpret by colleagues and patients. The difficulty in understanding disclosures could result in more skepticism and in loss of trust between the presenter and his or her audience.

Proponents of strict conflict of interest standards understand that levels of severity in conflicts exist and that not all conflicts of interest are created equal. It has been argued that severity of the conflict can be judged by two factors: 1) the likelihood a secondary interest will bias judgment and 2) the level of harm caused by the biased judgment.4

What means do we have available to manage and evaluate a speaker’s conflicts of interest? Disclosures can be an important tool in assessing conflicts, but as mentioned earlier, their effectiveness may be limited. Rather than simply listing sponsored activities on a slide, we should perhaps do our best to assess the degree of potential bias these activities may cause.4

More specifically, it is important to fully understand the financial gains a speaker may receive from sponsored activities. The social science and medical literature is rich with examples of how gifts, however small, influence one’s decision-making process.6 That said, there is a relative lack of research showing how exact dollar amounts influence the decision-making process. It has been hypothesized that the greater the financial interests, the greater the potential for bias and, thus, the greater the conflict of interest.2

Here are some of the potential ways the disclosure slide can be improved upon so the audience is better able to assess the speaker’s conflicts:

Ideally, as healthcare professionals, researchers and teachers, our primary interests should always be our focus. We must remain cognizant of the effect that secondary interests may have on our judgment regarding patient care, research and teaching. At times, our ability to recognize these potential clashes between our primary and secondary interests is skewed. It is, therefore, imperative that we remain as open and transparent as possible to ensure we remain committed to our ideals and don’t allow conflicts of interest to interfere with our ultimate goal: the care of patients with rheumatic diseases.

Athan N. Tiliakos, DO, is an assistant professor of medicine and the program director of the Rheumatology Fellowship Training Program at Emory University School of Medicine, Atlanta.

Editor’s note: Do you have an ethical dilemma you’d like to see discussed in this forum? Contact us via email at klosavio@wiley.com.