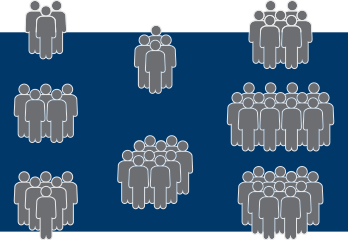 Arthritis is often associated with retirees, but a new analysis of government data suggests the disease is much more common in young and middle-aged adults than previously believed.

Disease prevalence is currently estimated at about 54 million adults, but that number is greatly underestimated, especially among those 64 and younger, according to a study that reevaluates how the government tallies arthritis cases. Findings from researchers who analyzed national surveillance data appeared recently in the journal Arthritis & Rheumatology.1 “We aimed to estimate arthritis prevalence based on [an] expansive surveillance definition that … also adjusted for the measurement errors in the current definition,” write the authors.

The current estimates for the economic burden of arthritis reported by the Centers for Disease Control and Prevention (CDC) are based on uncorrected, under-reported cases of arthritis, says lead author S. Reza Jafarzadeh, DVM, MPVM, PhD, an assistant professor in the Clinical Epidemiology Research and Training Unit at Boston University School of Medicine in Massachusetts. The estimates needed revision to accurately reflect the country’s true arthritis burden, he says.

The CDC’s national estimate was derived from a single question in the 2015 National Health Interview Survey (NHIS) that asked participants if they have doctor-diagnosed arthritis. The researchers note that other information in the survey about joint symptoms wasn’t considered in determining prevalence even though some people with only joint symptoms have been found to have arthritis.

In pointing out a need for better accuracy, study authors refer to a 2005 validation study of the NHIS surveillance data that verified clinical cases of arthritis and documented diagnostic sensitivity and specificity of the arthritis-related survey questions.2 That study determined the sensitivity of the surveillance definition measured 53% in people ages 45–64 and 69% in those 65 or older, a signal that large portions of people with arthritis in both groups were left uncounted. 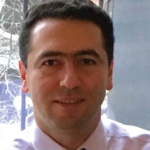 “Such a low sensitivity, especially in a younger population, where almost half of true arthritis cases are missed, results in substantial misclassification and underestimation of prevalence, and would have a detrimental effect for planning and needs assessment,” the authors write. “Since 2002, national estimates for the prevalence of arthritis or of doctor-diagnosed arthritis that relied on the assurance of the validation study have produced an uncorrected estimate of 54.4 million adults (22.7%) in the United States in 2015,” the article continues. “No figures have been released that correct these estimates for the measurement errors caused by the imperfect sensitivity.”

Dr. Jafarzadeh notes the true accuracy of the doctor-diagnosed arthritis survey question is even less in the real world because the NHIS participants’ access to healthcare may have been more limited than people who participated in the validation study. “This means the rate of misclassification by using a single survey question on doctor-diagnosed arthritis is potentially even higher than what was reported in the validation study,” he says.

One strategy to increase accuracy is to combine results of individual diagnostic criteria such as self-reports of arthritis diagnosis and arthritis-like symptoms, the article states. This would address concerns about participants 64 years old or younger who may have arthritis yet were misclassified as healthy under the single criterion of doctor-diagnosed arthritis.

In their study, Dr. Jafarzadeh and David T. Felson, MD, MPH, of the Boston University School of Medicine, analyzed data from the 2015 survey using expanded surveillance criteria to reexamine the prevalence of arthritis in the United States. To account for arthritis cases that might have been missed in the current national figures, they developed a Bayesian multinomial latent class model that allowed them to estimate prevalence without knowing the true disease status of each survey participant.

“Our analytic approach explicitly adjusts for the misclassification driven by the imperfect accuracy of the arthritis-related questions in the NHIS survey,” Dr. Jafarzadeh writes in an email. “Further, our study uses two additional arthritis-related questions from the NHIS survey on joint symptoms that are consistent with arthritis (i.e., aching or stiffness). These additional questions were also studied in the [validation] study of 2005. Our analytic approach allows estimation of the true prevalence of arthritis from aggregate-level data that are corrected for misclassification, despite using three imperfect criteria.”

In addition to the CDC-defined cases of doctor-diagnosed arthritis, Dr. Jafarzadeh charted positive survey responses to chronic joint symptoms within the past 30 days, and whether onset had exceeded three months. Those symptoms included pain, aching or stiffness felt in or around a joint but not in the back or neck.

Out of 33,672 people in the survey who were 18–64 years of age, 19.3% of men and 16.7% of women had experienced joint symptoms but responded “no” when asked if they had doctor-diagnosed arthritis, according to the article. For those 65 or older, 15.7% of men and 13.5% of women said they had chronic joint symptoms without a report of doctor-diagnosed arthritis.

“Implicit in the question on doctor-diagnosed arthritis when the response is positive, is that the surveyed individual sought or had access to medical care from a health professional,” states the article. “However, a negative response to the doctor-diagnosed question could be the result of either lack of medical attention to joint symptoms, or a truly negative diagnosis. Moreover, an individual … diagnosed by a health professional to have arthritis may never be explicitly informed of the diagnosis.”

In their new analysis of the 2015 NHIS data, researchers showed that arthritis affects a much higher percentage of the U.S. adult population, including substantially more people under 65, than was previously thought. Among study participants in the 18–64 age range, arthritis prevalence measured 29.9% in men and 31.2% in women, and among the group 65 and older, it measured 55.8% in men and 68.7% in women.

Overall, nearly 37% of the population for a total of 91.2 million U.S. adults had arthritis in 2015, according to the revised estimates. That’s 68% higher than the 54 million CDC estimate, say the authors.

“The rising rates of total knee and hip replacement surgeries can partially be contributed to obesity, but also [to] insufficient awareness and prevention efforts for arthritis in adults younger than 65,” says Dr. Jafarzadeh.

These findings, which aim to correct national estimates of arthritis in the U.S., are key to addressing the current and future economic and public health impacts of the disease, says Dr. Jafarzadeh.

“Arthritis is a major public health concern and significantly impacts U.S. adults’ health and well-being, including younger Americans,” he says. “The under-investment in arthritis research, awareness and prevention is going to cost us a significant healthcare expenditure and a loss of productivity [due to] disability down the road.”

Catherine Kolonko is a medical writer based in Oregon.