You are here: Home / Articles / A Brief History of American Rheumatology
Print-Friendly Version / Save PDF 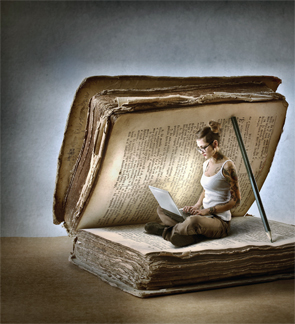 Between 1929 and 1937, six important academically oriented rheumatology units were established in the U.S., marking the beginning of the modern period.
Image Credit: Ollyy; kentoh/shutterstock.com

In medicine, as in all other areas of human endeavor, we cannot really understand where we are if we don’t understand how we arrived here. American rheumatology traces its origins nine decades back to Europe, when the International Committee on Rheumatism was founded by Jan van Breeman in 1925 at a European meeting of medical hydrology. National committees on rheumatism were established shortly afterward in various European nations; the international committee was soon renamed the Ligue Internationale Contre le Rhumatisme.

Louis B. Wilson of the Mayo Foundation, after meeting with European leaders, returned to the United States with intentions of forming a comparable American committee. The resulting group of interested physicians, under the leadership of Ralph Pemberton of Philadelphia, organized an effort as part of the International League. What followed has been documented in detail; this brief history draws heavily on these sources.1-3

At its initial meeting in Philadelphia in 1928, the group named itself the American Committee for the Control of Rheumatism (ACCR). Their stated purpose was to stimulate “professional and lay interest in arthritis, research and education, the development of a nomenclature and to publicize therapeutic measures of proven value.” This group met informally periodically over the next few years and prepared exhibits for physician education at the annual sessions of the American Medical Association from 1930–34.

In 1934, the group renamed itself the American Association for the Study and Control of Rheumatism (AASCR) and met in Cleveland, for what they regarded as their first official meeting. This cumbersome title was modified in 1937 to the American Rheumatism Association (ARA).

Much of the initial work done by the Association involved the classification of rheumatic diseases and consideration of possible etiologic factors, differential diagnosis and medical and orthopedic treatment. Early publications by the group included an educational, lay-directed pamphlet, “What Is Rheumatism?” (1930) and the “Primer on Rheumatism, Chronic Arthritis,” prepared for medical professionals.

In 1935, under the leadership of Philip S. Hench, MD, of the Mayo Clinic, the AASCR initiated the Rheumatism Reviews, a series of periodic reviews of the English-language literature dealing with arthritis and rheumatism. Initially appearing in the Annals of Internal Medicine and subsequently in Arthritis & Rheumatism, the last such publication was in 1983. A number of European rheumatologic journals were founded in the 1930s and 1940s; however, the first American rheumatology journal, Arthritis & Rheumatism, was not published until 1958.