You are here: Home / Articles / A Historical Look at the Characterization of Lupus as a Systemic Disease
Print-Friendly Version / Save PDF 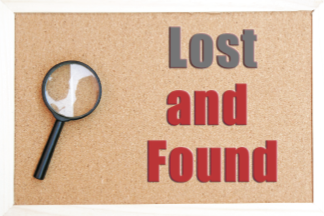 The disease called systemic lupus erythematosus (SLE) went through many different stages of classification before reaching the modern criteria reflecting our current understanding of its pathogenesis. In 1872, the Viennese dermatologist Moriz Kaposi, MD, published a paper, “New Contributions to Knowledge of Lupus Erythematosus,” which provided a significant leap forward in the characterization of this condition.1,2

Born Moriz Kohn, Dr. Kaposi changed his name in 1871 following his conversion to Catholicism, in reference to his birth town Kaposvár, in the Austro-Hungarian Empire. According to JAMA Dermatology, “It is still debated why he changed his surname; it is unlikely to have been due to the pressures of anti-Semitism because Kaposi was not an opportunist, and at that time he was well established in his career. According to his own words, he changed his surname to avoid confusion with five other physicians named similarly in the Vienna School of Medicine.”3,4

Dr. Kaposi’s careful case studies in the 1872 paper provided key descriptions of SLE that remain relevant to this day. Moreover, his work serves as a reminder of the way we still strive to lump and split disease states, hoping to improve classification (and ultimately treatment) of rheumatic diseases.

The characterization of lupus goes back more than two millennia. As early as 400 B.C., the Greek physician Hippocrates described what is thought to be the first documented case of lupus.5 During the Middle Ages, the term lupus (from the Latin for wolf) was used to designate a broad category of ulcerative skin diseases. Viewed from a medieval viewpoint as evil sores and ill-favored lesions, the designation probably was applied to lesions of leprosy, tuberculosis, syphilis and skin cancer, as well as lupus erythematosus itself.6,7

At the beginning of the 19th century, the term lupus was used to describe ulcerative skin diseases that affected the face only.8 Ultimately, lupus vulgaris (the cutaneous form of tuberculosis) was thought to be a separate disease entity.7 The French dermatologist Pierre Louis Alphée Cazenave helped provide the first modern description of what would become SLE, with Cazenave applying the term lupus érythèmateux in 1850.9 This was later Latinized to lupus erythematosus by the Viennese physician Ferdinand von Hebra, who was the first to describe the signature butterfly rash, as well as two different rash patterns associated with lupus erythematosus: those of a disc-like pattern and those of a more confluent nature.2,5