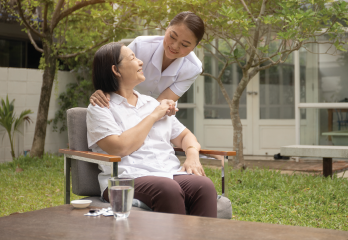 A recently developed frailty index may be a valuable way to quantify vulnerability in patients with systemic lupus erythe­matosus (SLE), according to a study published in Arthritis & Rheumatology.1

A frailty index takes into account the loss of physiologic reserve caused by the accumulation of health deficits across multiple systems; this approach has been successfully used in specialties outside of rheumatology, such as in geriatric medicine. This led the large study group to analyze the use of a frailty index within SLE.

Study authors conducted a secondary analysis of longitudinal data from the SLICC inception cohort. SLICC includes 52 investigators at 43 academic centers from around the world. A total of 1,826 SLE patients were recruited from 31 SLICC sites in Europe, Asia and North America, all within 15 months of their SLE diagnosis. Patients had assessments performed at enrollment and annually thereafter. Ultimately, a total of 1,683 patients (92.2% of the cohort) had one or more visits in which both SDI and 36-question short form survey (SF-36) scores were recorded and were, therefore, eligible for inclusion in this analysis.

The SLICC frailty index (SLICC-FI) includes health deficits across a range of organ systems, with variables related to organ damage, disease activity, comorbidities and functional status. “Each health deficiency was assigned a score from 0 (completely absent) to 1 (fully present) using established cutoff points,” the authors write. For the 48 deficits included, scoring was done by adding together an individual’s health deficit scores and dividing by the total number of deficits. “For example, if 12 of 48 deficits are fully present, the SLICC-FI score is calculated as 12/48 = 0.25,” the authors write. Scores were assessed for each patient using data from baseline and at the last visit.

The SLICC-FI values ranged from 0.004 to 0.49 at the last follow-up, with a median of 0.14 and a mean of 0.15. Compared with base­line, final SLICC-FI properties were similar. Once again, SLICC-FI values were positively associated with SDI and SLEDAI-2K scores.

The SLICC-FI helped predict future mortality risk independent of other demographic and clinical factors known to predict SLE mortality, says lead study author Alexandra Legge, MD, Dalhousie University, Halifax, Nova Scotia, Canada. “Frailty is a relevant concept in SLE, and in the future, measuring frailty may be a helpful way for clinicians to identify those SLE patients at increased risk for adverse health outcomes who may benefit from closer monitoring or more aggressive interventions early in their disease.”

Dr. Legge says it is impressive to see how robust the SLICC-FI was in its ability to predict mortality and interesting to see how many patients with relatively higher SLICC-FI scores at baseline demonstrated improvement by follow-up. “The potential for SLICC-FI scores to decrease over time further distinguishes this instrument from the SDI and supports the view that frailty itself can be treated and potentially reversed,” Dr. Legge says.

Anca D. Askanase, MD, MPH, director, Columbia University Lupus Center, and associate professor of medicine, Division of Rheumatology, Columbia University College of Physicians & Surgeons, New York, also a study co-author, says the SLICC-FI may be a better predictor of mortality than the SDI. The SLICC-FI includes damage that occurred prior to the diagnosis of SLE, lupus activity items and quality-of-life factors that have thus far been evaluated separately in lupus.

“An instrument, such as a frailty index, developed specifically for persons with lupus could refine the relationships between the key domains to evaluate lupus and could lead to better outcomes,” says Rosalind Ramsey-Goldman, MD, DrPH, Solovy/Arthritis Research Society Research Professor, Feinberg School of Medicine, Northwestern University, Chicago, and Lupus Foundation of America Medical-Scientific Advisory Council member. Also a co-author of the study, Dr. Ramsey-Goldman sees the SLICC-FI as a holistic approach that incorporates both the patient and healthcare provider perspectives about disease impact, treatment and comorbidities.

Dr. Ramsey-Goldman also likes how the index can show the possibility of improvement. “The opportunity to make a constructive change in a patient’s daily life and improve functional status reinforces what rheumatologists hope to achieve with our management of patients,” she says.

The large number of variables (48) that need to be collected could make the SLICC-FI a burden in clinical practice, however.

It’s too early to expect rheumatologists to use the frailty index in their practices. The SLICC-FI should first be evaluated in other research cohorts, Dr. Askanase says. “However, over time, it might be included in routine assessments,” she explains.

All of the study authors interviewed acknowledge that more research is needed to test the SLICC-FI in other patient cohorts.

According to Dr. Legge, a number of additional research projects are planned related to the SLICC-FI, including demonstration of its ability to predict other health outcomes in SLE, external validation of the SLICC-FI in other SLE cohorts and evaluation of the index in older SLE patients with long-standing disease.

Vanessa Caceres is a freelance medical writer in Bradenton, Fla.