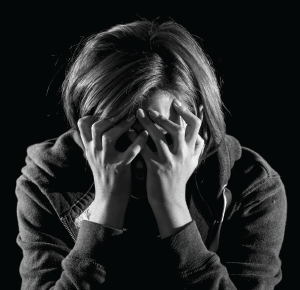 WASHINGTON, D.C.—Conference goers who braved the final day of the 2016 ACR/ARHP Annual Meeting were awarded for their stamina by learning about issues relating to the damage caused by systemic lupus erythematosus (SLE) during the session Systemic Lupus Erythematosus—Clinical Aspects and Treatment V: Damage and Morbidity.

The SLICC cohort recruited 1,848 patients between 2000 and 2011, all of whom had developed four or more 1997 ACR criteria for SLE within 15 months prior to recruitment. This current study included 1,700 patients from the cohort who had a minimum of one follow-up visit (in addition to their enrollment visit) and a SLICC Damage Index (SDI) score recorded at least once. Most patients were female (88.6%), white (50%) and had an average age of 33 years at baseline. Most patients (70%) were on an oral GC at enrollment, but oral GC use declined with increasing disease duration. However, 90.5% of patients received oral GCs at some time during the study. Parenteral GC use was uncommon prior to enrollment (13.8%), as well as during the study period (approximately 4.3%).

To assess the accumulation of damage, the investigators explored the trend in total SDI scores and cumulative incidence of SDI damage items over time. The individual damage items had previously been grouped (through a consensus exercise performed among SLICC) into those items “definitely,” “probably” or “not” associated with the use of GCs.

The study found that the total SDI score increased over time in a linear fashion. At enrollment, 23% of patients had some damage (SDI >0). At 10 years, this percentage increased to 54% (with a mean SDI of 2).

When looking at individual items, the study found that the most common damage in early disease (within two years of diagnosis) was alopecia, proteinuria and cognitive impairment, occurring in about 3% of patients, followed by diabetes and cataracts, occurring in about 2% of patients. Of these, diabetes and cataracts, and probably cognitive impairment, were linked to the usage of GCs. At 10 years, the cumulative incidence of alopecia and cataracts was 10% of the population.

‘These data on secular trends & disparities call to action the need to develop targeted research & public health programs to identify the modifiable risk factors in order to promote health equity among patients of all backgrounds with SLE.’ —Dr. Ram R. Singh