You are here: Home / Articles / A Window into Health Disparities
Print-Friendly Version / Save PDF 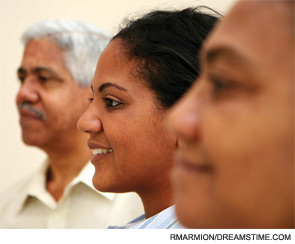 Systemic lupus erythematosus offers a touchstone for the U.S. healthcare system—and how we care for vulnerable patients

It is well known that systemic lupus erythematosus (SLE) disproportionately affects women and members of racial and ethnic minorities, and that persons with SLE of lower socioeconomic status have poorer outcomes of disease and higher death rates. The combination of SLE’s increased prevalence among minorities and women and its complexity, which leads to a need to have access to a wide range of healthcare services, makes SLE an important case study of how people of a racial or ethnic minority or another group facing discrimination or disadvantaged due to having low incomes fare in the U.S. healthcare system.

Researchers have long known that women and members of several racial and ethnic minorities have higher rates of SLE, particularly African-Americans, Asian-Americans, Native Americans, and Hispanics. Recent research has begun to identify genes and environmental triggers that may partially explain these differences.

After diagnosis, the course of the SLE depends on many of the same factors that appear to contribute to the development of SLE in the first place. Evidence implicates genetic make-up, race/ethnicity, and socioeconomic status, particularly living in poverty. The persistence of differences in course of disease based on race/ethnicity and socioeconomic status has given rise to an increasing number of studies to help explain why such disparities exist. These studies have in turn led to efforts such as The Lupus Initiative, which is designed to reduce disparities in SLE outcomes. [See this month’s “President’s Perspective” for more on The Lupus Initiative.]

Several studies have attempted to discover whether the genetic aspects of race or the social aspects, such as being subjected to discrimination and having disproportionate poverty rates, accounts for the poor outcomes of minority groups.

The nature of our healthcare system probably also plays a role in the outcomes of vulnerable groups (more on why below). However, it clearly is not responsible for all of the effects of being a woman, member of a racial minority, or being in an economically disadvantaged position. We know this because in developed countries with universal health insurance coverage and good health systems, some of the same effects of gender, race/ethnicity, and poverty are seen—although it could be that the quality of care may not be optimal in any country, especially when it comes to treating vulnerable populations. In the U.S., many at-risk patients have access to insurance and the same experienced physicians and hospitals as more advantaged populations, yet still experience poorer outcomes.