Since the beginning of the COVID-19 pandemic, the majority of serious and life-threatening outcomes have occurred in adults. But in late April, clinicians in the U.K. reported a cluster of previously healthy children who presented with cardiovascular shock, fever and hyperinflammation. On May 14, the Centers for Disease Control & Prevention (CDC) issued a national health advisory to report cases meeting the criteria for multisystem inflammatory syndrome in children (MIS-C). 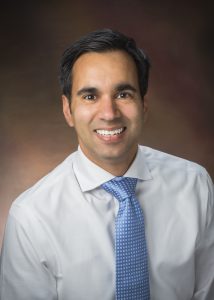 Jay Mehta, MD, attending physician in the Division of Rheumatology and director of the Pediatric Rheumatology Fellowship Program at the Children’s Hospital of Philadelphia (CHOP), reports that his hospital received many calls from worried pediatricians and emergency department physicians asking for advice on how to diagnose and treat these patients.

Charged with chairing the ACR COVID-19 Pediatric Rheumatology Clinical Guidance Task Force, Dr. Mehta realized the the recommendations for MIS-C would differ from general recommendations targeted to SARS-CoV-2- exposed children with rheumatic disease who did not exhibit inflammatory syndromes and that specific diagnostic pathways could provide better guidance for clinicians. He helped convene a second task force, which in less than a month has now prepared a clinical guidance document specific for MIS-C associated with SARS-CoV-2 and hyperinflammation in COVID-19.

Lauren Henderson, MD, MMSc, an attending physician at Boston Children’s Hospital and assistant professor of pediatrics, Harvard Medical School, Boston, was chosen to lead the MIS-C task force, because she has experience developing treatment guidelines for children with hyperinflammatory syndromes and had seen numerous children with MIS-C.

The multidisciplinary task force included nine pediatric rheumatologists, two adult rheumatologists, two pediatric cardiologists, two pediatric infectious disease specialists and one pediatric critical care physician. During an initial webinar on May 22, the participants divided into four work groups to address different topic areas, such as the diagnostic evaluation of MIS-C, cardiac management and the role for immunomodulatory treatment. Each work group took a week to gather data for its evidence reports and to develop preliminary statements or recommendations. Those statements were submitted to the group at large for voting.