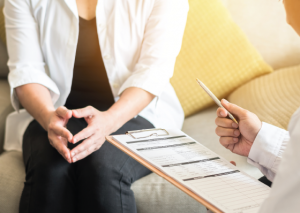 Sex differences in autoimmune illness were the focus of the first conference convened by the Barbara Volcker Center for Women and Rheumatic Disease.
Brad Hess; Chinnapong / SHUTTERSTOCK.COM

Although two decades have ticked by, rheumatologist Michael Lockshin, MD, MACR, still remembers the enlightening nature of many conversations he had with his curious and persistent patient Barbara Volcker, the wife of former U.S. Federal Reserve Chairman Paul Volcker.

A patient with rheumatoid arthritis (RA), Mrs. Volcker moved with her husband to New York in the mid-1970s, where she continued her medical care at HSS with Dr. Lockshin as her physician. She had many questions about why her illness affects mostly women, how it might affect pregnancy and why diagnoses change with passing years.

“She was the type of patient that I really enjoyed taking care of because she challenged me on everything,” says Dr. Lockshin. “She would say, ‘But that answer doesn’t make sense. Give me the information behind it. Convince me.’ She drove me to question my own assumptions to respond to her.”

Mrs. Volcker continued to see Dr. Lockshin for treatment of her RA during her husband’s stint as Federal Reserve chairman. Later, near the end of her life, the Volcker family provided a financial gift to honor Barbara Volcker and initially fund the center established in her name.

“She was always very interested in the reasons why there are sex discrepancies” in the disease, Dr. Lockshin says about Mrs. Volcker. “That became our focus. We put forth two conferences on the topic. We funded a fair amount of research addressing that issue.”

The Center convened a conference on the biology of sex differences in autoimmune illness—the first of its kind—within a year of opening its doors, notes Dr. Lockshin. The topic later gained national attention for all human health when the Institute of Medicine (later renamed the National Academy of Medicine) convened a committee to address the same question and published a report in 2001, according to Dr. Lockshin, who served on the committee. Doruk Erkan, MD, MPH, a rheumatologist at HSS whose early research focused on antiphospholipid syndrome, joined the Center in 2005 as physician-scientist.1,2