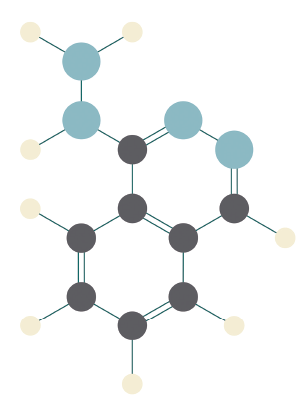 Drug-induced lupus erythe­matosus and ANCA-associated vasculitis (AAV) are both autoimmune conditions associated with the use of hydralazine, a commonly prescribed drug for hypertension and congestive heart failure. Although the pathogenesis is unknown, it is believed that hydralazine alters neutrophil and lymphocyte function and promotes exposure of antigens, leading to the development of anti-neutrophil antibodies (ANCA) and/or anti-nuclear antibodies (ANA) and ultimately triggering a systemic response.1

These conditions are rare and typically considered to be mutually exclusive. Here, we describe a rare presentation in which hydralazine appears to be the inciting factor of a patient developing an overlap of drug-induced lupus erythematosus and AAV.

A 75-year-old Caucasian woman with a history of hypertension was admitted for fever, periorbital edema, erythematous conjunctiva, papular lesions all over her body and a mucosal ulceration on the hard palate of her oral cavity.

She had no reported history of Raynaud’s phenomenon, alopecia, photosensitivity, joint pain or synovitis. She denied a history of venous thromboembolism or recurrent pregnancy loss. She denied epistaxis and new-onset neuropathy. She had no recent changes to her medication, but had been using hydralazine 25 mg twice daily as the drug of choice for hypertension for more than a year. Her personal surgical and family history were otherwise unremarkable.

During her hospitalization, infection was ruled out and ocular findings were determined to be consistent with episcleritis.

The patient presented with periorbital edema, erythematous conjunctiva, papular lesions all over her body and a mucosal ulceration on the hard palate of her oral cavity.

Stains for cytomegalovirus and herpes simplex virus were negative, and GMS and gram stains were negative for fungal elements and pathogenic bacteria. Mild perivascular inflammation was noted, but overt vasculitis was not seen. Features of Stevens-Johnson syndrome were also absent.

Immunofluorescence stains were negative for IgG, IgA, kappa light chain, lambda light chain, C3 and C1q. Weak mesangial deposition of IgM was noted. Mild tubular epithelial injury was present, and there were focal red blood cell casts. Approximately 12% of glomeruli were global sclerotic (12/99 glomeruli in the specimen), and there was 10% interstitial fibrosis with tubular atrophy.

The patient was treated with 1,000 mg of intravenous methylprednisolone daily for five days, then switched to 60 mg of prednisone daily and tapered thereafter. With this treatment, her hematuria and proteinuria considerably improved, and her C3 and C4 levels normalized.

Although hydralazine was discontinued, the patient’s condition remained active on a tapered dose of steroids. At that time, the patient was started on 375 mg/m2 rituximab weekly for four doses. Following this additional immunosuppression, her renal function normalized and her anemia resolved.

Hydralazine is a common medication for congestive heart failure and hyper­tension that has been associated with systemic autoimmune conditions including drug-induced lupus, ANCA-associated vasculitis and leukocytoclastic vasculitis. It is thought that hydralazine accumulates in the intra­cytoplasmic neutrophilic granules, which in turn, leads to binding of myeloperoxidase and ultimately causes release of cytotoxic products and cell death. Once these neutro­phils undergo cell death, antigens that are normally sequestered are exposed. This exposure leads to uptake by antigen-presenting cells, leading to production of ANCA.2,3

In mild cases of drug-induced autoinflammatory syndrome, cessation of the inciting agent is adequate to resolve further morbidity.

Historically, AAV and drug-induced lupus erythematosus have been considered mutually exclusive, but our case highlights an overlap, suggesting the possibility of a continuum between these conditions.

Additionally, hydralazine-associated AAV in the literature suggests a predominance of renal-limited vasculitis. Our case, however, describes pulmonary-renal syndrome.4,5

In mild cases of drug-induced autoimmune syndromes, cessation of the inciting agent is adequate to resolve further morbidity. However, our case suggests that drug cessation may not be enough to address the phenomenon of vasculitis and further immunosuppression may be warranted.

Mohammad A. Ursani, MD, FACP, RhMSUS, is a private practice rheumatologist in The Woodlands, Texas, and serves as an adjunct faculty member for the University of Texas, Houston, Internal Medicine Residency Program. He also serves as a volunteer for the ACR and is a young physician ambassador for the Harris County Medical Society.

Ojas Naik, MD, is a private practice nephrologist at Kidney Specialists of North Houston with an interest in autoimmune manifestations of renal disease.

Rohaan Khan is a health sciences student at Michael E. DeBakey High School for Health Professions and has an interest in pursuing a degree in medicine.

William F. Glass II, MD, PhD, is a professor and vice chair for graduate medical education, director of the pathology residency program and director of renal pathology services at the University of Texas, Houston.