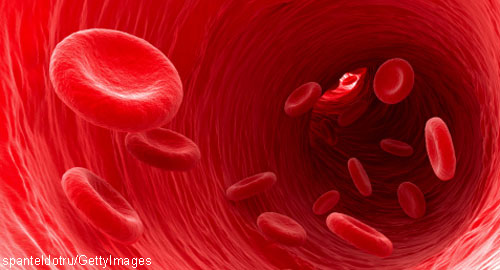 Physicians consider resting variability in physiological systems, such as blood pressure and cerebral blood flow velocity (CBFV), to be a marker of physical and mental health. Recent research indicates that patients with fibromyalgia syndrome have lower CBFV variability, in the low- and high-frequency ranges, than healthy controls. This decreased variability may reflect impaired coordination of cerebral regulatory systems.

“Our results showed overall lower VLF (second component, i.e., 0.01 to 0.025 Hz), low frequency and high frequency CBFV variability in the middle cerebral arteries and anterior cerebral arteries of fibromyalgia syndrome patients than healthy individuals,” write the authors in their conclusion. “However, the first VLF peak occurring at ultra-low frequencies (i.e., 0.0024 Hz) exhibited greater power in patients. The general inverse associations of emotional, clinical and functional impact variables with CBFV variability at low-frequency and high-frequency ranges support the notion that short-term CBFV variability at these frequencies might fulfill a protective role with respect to brain function and may be considered an index of positive health status.”

The researchers found substantial differences in CBFV variability between fibromyalgia patients and healthy controls over the entire frequency spectrum. However, they acknowledge that some of the medications used by patients in the fibromyalgia group may have influenced CBFV variability and contributed to the differences between the two groups. Nevertheless, they consider the differences noteworthy, particularly because patient responses to the questionnaire indicated that scores that denote emotional states, such as depression and anxiety, tended to be inversely associated with low- and high-frequency CBFV variability.