You are here: Home / Articles / Evidence of Things Not Seen: The Match, Vienna & Unknown Unknowns
Print-Friendly Version / Save PDF 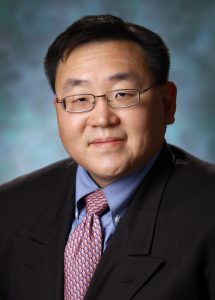 It is better to be feared than loved.

The associate dean of student affairs at my medical school embraced this motto. Although the dean of the medical school was titularly in charge, it was the associate dean who kept the school running. And we all feared her, just a little bit. Without ever raising her voice, she managed to communicate that she was not to be trifled with. When she stood to speak, the idle chatter stopped, and we all sat in the civilian equivalent of parade rest, awaiting whatever important information she had come to communicate.

On this particular day, we had gathered to learn about applying for residency programs.

Prior to the 1940s, finding a program where you could complete your clinical training was a free-for-all. Hospitals could hire graduating medical students whenever they liked. The system left medical students in the particularly precarious position of having to decide whether to accept a less attractive offer now or to wait for an offer from a better program that might never come.

In the 1940s, the Association of American Medical Colleges (AAMC) tried to rectify this problem by establishing the Cooperative Plan, in which medical schools agreed to withhold information about their students from the hiring hospitals until a pre-selected date, so offers of employment would come to students around the same time.

Human nature being what it is, training programs continued to game the system by giving medical students progressively shorter periods of time to decide whether to accept an offer. When the Cooperative Plan started, students typically had a few weeks to think things through; toward the end, students were given less than a day.

In 1952, the AAMC decided that enough was enough. It established a new system in which candidates and programs would list each other in order of preference. An algorithm was developed that used cooperative game theory to make the matches that worked out best for both students and programs. Thus, the residency match was born.1

The residency match is the last leg of a long race. Prior to the establishment of the Electronic Residency Application Service (ERAS) by the AAMC in 1995, that race was particularly arduous because each program was allowed to set its own idiosyncratic requirements for residency applications.2 The one enduring requirement has been the personal statement, in which candidates are invited to write about what drew them to a given specialty.