You are here: Home / Articles / Galectin-3 May Be a Biomarker for Cardiovascular Disease in RA
Print-Friendly Version / Save PDF 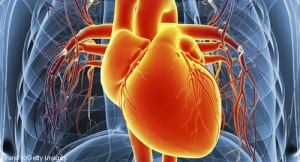 Recent findings suggest an association between increased galectin-3 levels and markers of myocardial function, atherosclerosis and vascular fibrosis in patients with rheumatoid arthritis (RA). Thus, galectin-3 may be a biomarker for early prediction of cardiovascular disease in RA patients.1 This could potentially increase the life expectancy of RA patients, suggests study investigator Panagiota Anyfanti, MD, PhD, a research fellow in the Third Department of Internal Medicine at Papageorgiou Hospital, Thessaloniki, Greece.

The study results showed galectin‐3 was elevated in RA patients compared with controls. This difference was no longer significant once adjusted for the presence of cardiovascular comorbidities. However, in a univariate analysis of the data, increased galectin‐3 levels significantly correlated with markers of vascular stiffness, atherosclerosis, myocardial bloodflow and contractibility, systemic vascular resistance and estimated cardiovascular risk.

In a multivariate analysis, an independent association was identified for galectin‐3 with both cardiac output and systemic vascular resistance.

“We take the results of our study as evidence galectin-3 may be used as a biomarker of myocardial function and vascular fibrosis in patients with RA, as is the case with other high-cardiovascular risk populations, especially those with heart failure,” Dr. Anyfanti says.

Identifying Early Signs of Cardiovascular Risks
Increased cardiovascular risk in RA is considered inherent to the disease-mediated inflammatory processes. Although medical advances help patients experience fewer RA-related complications and less physical disability, cardiovascular mortality rates in RA have not substantially improved, Dr. Anyfanti says. Reasons for this lack of improvement include atherosclerosis and vascular fibrosis, which are clinically silent until the development of overt cardiovascular disease.

“The progress of these [diseases] can be slowed through early detection and improved monitoring in the subclinical stage. Subsequently, their clinical manifestations as cardiovascular disease could be deferred,” she says. “In this scope, it is important to identify robust biomarkers of atherosclerosis and cardiovascular fibrosis that can be successfully applied to patients suffering from RA who are at excess cardiovascular risk.”

Dr. Anyfanti says the full extent of galectin-3 as a potential cardiac biomarker must be further examined in prospective studies. However, she confirms the presence of cardiovascular comorbidities has had a major effect on these study results and appears to substantially contribute to the association of galectin-3 with markers of cardiovascular health.