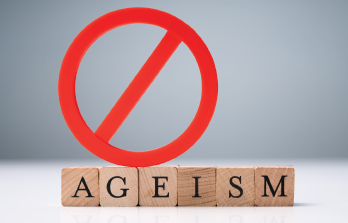 Ageism is defined as stereo­typing, prejudice or discrimination against individuals on the basis of their age. According to the American Medical Association (AMA), 43% of all physicians and surgeons are 55 or older. Specialists are, on average, older than primary care doctors. In addition, around 30% of the current U.S. population is older than 55, and that percentage is increasing in the aging baby boomer and silent generation demographics. These numbers set the stage for increasing incidents of ageism.

Advances in medicine have given humans longevity, but that longevity may be squandered if the medical community has a negative perspective on late age physicians.

The expression do no harm has been used throughout history to express an underlying ethical principle of medicine. Although this phrase is generally associated with the Greek Hippocratic Oath, it most likely originates from another ancient medical text, Of the Epidemics, which states, “The physician must be able … to do good or to do no harm.”

This implies physicians must abstain from acting in lieu of potentially harming a patient. This is particularly true today, when a physician’s act of practicing medicine creates malpractice risk. The key to understanding how and when to act or abstain from certain actions in practicing medicine is whether the physician can effectively identify their own biases or proficiency in treating patients.

Physicians may be unaware of the risk of harm to patients from ageism. They may act, or fail to act, because of beliefs they hold relating to a patient’s respective age. For example, they may attribute an older patient’s complaints of knee or back pain, trouble sleeping, poor short-term memory or difficulty breathing to normal symptoms of advanced age.

Ageism is also apparent when employers exhibit bias toward physicians they perceive as ineffective simply because of their age and attempt to impose mandatory competency assessments or age-based retirement policies. Currently, about 5% of healthcare facilities have age-related screening policies. Common ageism policies include requiring late-age testing for physician competency or skills without objective, evidence-based methods; making disability-related inquiries; or requiring an employee undergo physical, medical or cognitive examinations without the reasonable belief or justification that a physician cannot perform the essential functions of their job.

These policies have been met with fierce opposition from physicians. As a result, certain states, such as Utah, have passed legislation prohibiting or restricting healthcare facilities from requiring a physician to undergo competency testing or retirement at a certain age.

Although ageism against younger physicians is far less common, it is surprisingly not unheard of, particularly in specialty areas in which the knowledge gap is much wider due to experience, although this is rarely reported.