You are here: Home / Articles / Let’s Get Personal
Print-Friendly Version / Save PDF

As recent history shows, research advances are not cheap, and focusing on the individual can be very expensive and, indeed, can skew healthcare funding and detract from outcomes for the population as a whole. As is well documented, despite healthcare expenditures that, on a per capita basis, dwarf those of other Western countries, American life expectancy is lagging, and childbirth mortality is shockingly high. In the absence of a comprehensive vision for allocation of healthcare resources, focusing on the individual can be very, very expensive, as reflected in the relentless growth of healthcare expenditures that outstrip inflation. 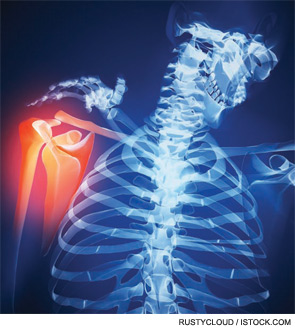 What should be done for Joe the Plumber’s aching shoulder?

Except for vaccines, most new therapies or interventions to improve health outcomes increase, not decrease, costs. Often, it takes a bunch of smart pharmacoeconomists to develop models and juggle the math of quality-adjusted life years to demonstrate that certain treatments are worth the costs in a dollars-and-cents way. For new oncology drugs with price tags that are in the six-figure range, there is sometimes not even an effort to justify costs by standard metrics, likely because cost-effectiveness would be impossible to show.

As discussed ad nauseum by the experts, the healthcare industry (at least in the United States) is unlike any other industry, and the usual rules of the competitive marketplace do not pertain. Although the cost of countless consumer items has dropped, even plummeted—witness computers—the costs of medicines have gone in the opposite direction. Many reasons account for this phenomenon, including the enormous costs of research and development, regulations, and pressure from Wall Street to create blockbuster drugs. However, it could be exacerbated if emphasis on a personalized approach continues unabated.

Focusing on the individual leads to products to fill smaller and smaller niches as drugs are designed to target much more selective genetically and genomically distinct variants of a disease. Developing drugs for a market that looks fractal-like in its complexity takes big bucks, and, unless the market is constrained or regulated in a new way, costs will continue to skyrocket.

Alas, the rocket is running low on fuel. The world flounders in economic uncertainty as words like meltdown, crises, and depression fill the daily lexicon. With a budget deficit soaring into the trillions as the government takes over banks and tries to rescue automakers, the pressure on budgets will be fierce. Money is scarce, and I cannot imagine that funding for federal programs for healthcare will rise. I suspect that it will contract. Furthermore, with unemployment increasing and the automakers try to jettison the insurance obligations of their retirees, the well could go dry.