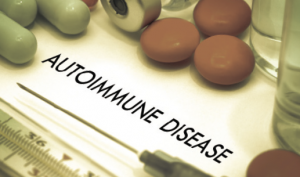 Two decades have passed since the first biologic disease-modifying anti-rheumatic drug (bDMARD) was approved. Studies on the long-term use of biologics in different disease states, such as for cardiovascular disease (CVD) and malignancy, as well as for knee/hip replacement, reveal some encouraging news.

In clinical trials, bDMARDs have been shown to increase the risk of infection and malignancy, but they are also known for better liver and kidney tolerance among patients with rheumatoid arthritis (RA) than synthetic DMARDs (sDMARDs). bDMARDs also have significant clinical benefits over sDMARDs when controlling moderate to severe autoimmune diseases caused by uncontrolled chronic inflammation, such as rheumatoid arthritis (RA), psoriasis, psoriatic arthritis and polymyalgia rheumatica, but heretofore evidence is lacking that they reduce comorbidities in RA. The most common comorbidities among RA patients are CVD and joint damage.

A systematic literature review, which informed the 2016 update of the EULAR recommendations for RA management, studied the safety and efficacy of synthetic and biologic DMARDs in RA patients and showed that bDMARDs have favorable effects on CV events and total knee/hip replacement.1

It’s worthwhile to review the long-term benefits and risks of biologics among RA patients and other chronic systemic inflammatory patient populations.

Per one study conducted in Sweden, total joint replacement surgeries are increasing in general, while the number of TKR & THR surgeries is decreasing in patients with a primary RA diagnosis. Introduction of biologics in RA patients may be an important contributing factor.

Considering quality of life, one of the largest burdens for RA patients is total knee or hip replacement (TKR or THR) due to chronic joint damage. TKR and THR have increased in the general patient population with the aging of baby boomers. Prior to the introduction of biologics for RA patients, 25% of these patients would require TKR or THR within 10 years.2 Per one study conducted in Sweden, total joint replacement surgeries are increasing in general, while the number of TKR and THR surgeries is decreasing in patients with a primary RA diagnosis.3 Introduction of biologics in RA patients may be an important contributing factor.

In 2014 in the U.S., researchers used data from the Nationwide Inpatient Sample, Health Care Cost and Utilization Project in a study that focused on the first three tumor necrosis factor (TNF) inhibitors: etanercept, infliximab and adalimumab (FDA approved in 1998, 1999 and 2002, respectively).4 In this study, patients were categorized into three subgroups: 1) RA as primary diagnosis, 2) RA as secondary diagnosis and 3) no RA. With a few exceptions, only the group of patients with RA as primary diagnosis were shown to have experienced an overall 32% and 24% reduction in TKR and THR surgeries, respectively, since 1993, and consistent decreasing rates after 2002.4

Although the same Danish researchers, using data from England and Wales in 2016, could not show a statistically significant reduction in THR, they demonstrated that introduction of bDMARDs was associated with a relative reduction of 34% in five-year rates of TKR since 2003.6

These studies demonstrated a reduction of TKR and THR in RA patients receiving biologic treatments despite the high cost of bDMARDs. The cost of biologics for RA patients can reach $30,000 annually, but the average cost for TKR is $44,816 for only the hospital procedure.7 Adding the costs of RA medical care, employer/caregiver and quality-of-life-related expenses, the annual cost of all patients living with RA can reach $40 billion U.S. annually.8

By using biologics in primary RA diagnosed patients, we can stabilize disease status and minimize indirect and overall medical costs due to surgeries and ER visits.

CV events are higher among patients with RA and other systemic inflammatory disease states regardless of progressive status.9,10 The most common clinical cardiovascular event in RA patients is atherosclerosis. It is also important to evaluate CVDs’ clinical outcomes among potential treatment options in RA and other systemic inflammatory diseases. The most common therapeutic classes are NSAIDs, DMARDs, biologics and systemic corticosteroids.

Long-term, modest-dose corticosteroids and NSAIDs are contraindicated in RA patients with CVD comorbidities. The American Heart Association suggested clinicians avoid using NSAIDs in patients with history of CVD and limit the use of NSAIDs in all patient populations due to its mechanism of inhibiting both COX-1 and COX-2.11,12 Long-term systemic corticosteroids also contribute to adverse cardiovascular events, including dyslipidemia and hypertension.13

Based on the 2016 EULAR recommendations for CVD management in RA patients, CVD risk decreases in RA patients with long-term use of bDMARDs, including TNF inhibitors, tocilizumab and rituximab.14 Chronic systemic inflammatory diseases clearly play a role in promoting the development of atherosclerosis due to actions on endothelial cells and leukocytes.15 A proposed mechanism by which anti-TNF therapies reduce CVD risk is through a reduction in the inflammatory cascade and signaling, eventually reducing athero­sclerosis and other cardiovascular events. The proposed mechanism of reducing CVD risk by tocilizumab and rituximab is their beneficial effect on carotid intima-media thickness, a surrogate marker for CVD.14

One study showed that adalimumab reduced aortic stiffness independently of its RA response.16

Another study showed that lipo­protein(a) (LP[a]) is a risk factor for athero­sclerotic CVD and that the plasma level of LP(a) in RA patients is increased significantly in comparison to the general population. LP(a) cannot be normalized by statin treatment, but can be better controlled by TNF inhibitors. This result indicates a need for TNF inhibitors in RA patients to provide better CVD protection.17

A systematic review and meta-analysis published in 2011 showed that use of TNF inhibitors was associated with a reduced risk for all cardiovascular events in observational cohort studies; however, there was heterogeneity among the studies and possible publication bias.18 Additionally, the meta-analysis of three randomized, controlled trials showed only a trend, which was not statistically significant, toward decreased risk.18 This meta-analysis included 16 studies that had been conducted prior to 2009, but only 11 studies were included in the meta-analysis.

A study published in 2015 showed that even though anti-TNFs and methotrexate demonstrated reduction in the risk of all CV events, anti-TNFs were superior in reducing risk of myocardial infarctions, strokes and major adverse cardiac events where methotrexate failed to show statistical significance.9

A more recent study published in 2016 compared hypertension outcomes between DMARDs and anti-TNFs in a retrospective cohort study using insurance claims data. It demonstrated that TNF inhibitors had no statistical significance over DMARDs in controlling hypertension.19 The researchers concluded that anti-TNFs were not associated with a reduced risk of incident hypertension compared with cDMARDs.19

Finally, a retrospective review/examination/audit of the Olmstead County population–based medical records study demonstrated that there has been statistical improvement in CV mortality in each of the past three decades, with the most recent decade having the most apparent improvement.20

Even though the FDA has levied a warning for TNF inhibitors in RA patients with congestive heart failure (CHF), recent studies showed no CHF recurrence or new CHF onset while patients were using TNF inhibitors.21,22 Only in New York Heart Association class III or IV patient populations does the 2015 ACR RA guideline recommend using sDMARDs, non-TNF biologic or tofacitinib over TNF inhibitors.23

The new EULAR safety recommendations compared the risk for malignancies among patients receiving bDMARDs with the general population, as well as with those patients on sDMARDs, and concluded that there is no increased risk for solid cancers.1 Patients on bDMARDs had a higher risk for lymphoma and nonmelanoma skin cancer than the general population, but not significantly greater in than patients receiving sDMARDs.1

The literature shows a positive correlation between severity of RA and the risk of both non-Hodgkin’s lymphomas (NHL) and Hodgkin’s lymphoma (HL), and it is believed that immunological elements can trigger transformation of normal lymphocyte polyclonal population into lymphoproliferative disease.25,26 Severe RA has a higher risk of lymphoma than the general population. In general, the risk ratio for lymphoma in RA patients is 2.0, and the hazard ratio for lymphoma in RA patients receiving bDMARDs falls into the range of 2.3–5.9, which is not significantly different from RA patients receiving sDMARDs per EULAR safety recommendations.1,27 Per these summarized data, there is no clear evidence that RA lymphoma risks are increased by bDMARDs.

Per new EULAR safety recommendations, the risk of melanoma may be slightly increased in patients receiving bDMARDs compared with sDMARDs with an adjusted HR of 1.5.1 However, a recent malignancy risk study conducted in Australian RA patients showed that melanoma risk was increased in both TNFi-treated and biologic-naive RA patients compared with the general population, with a standardized incidence ratio (SIR) of 2.72 and 2.03, respectively.28

An evaluation of the long-term risks and benefits of using bDMARDs suggests that bDMARDs have more statistically significant clinical benefits in the areas of total joint replacement and CVD risk in RA patients. Malignancy should not be a barrier for RA patients to receive bDMARDs, as long as patients are under close monitoring by both rheumatologists and oncologists. Based on current studies, bDMARDs showed significant value clinically, but work still needs to be done to show significant long-term economic value. Future studies should be designed to demonstrate comprehensive and clear clinical roles of bDMARDs in heterogenous diseases, such as CVD.

Kurt Oelke, MD, is the clinical studies director at the Rheumatic Disease Center in Glendale, Wis.