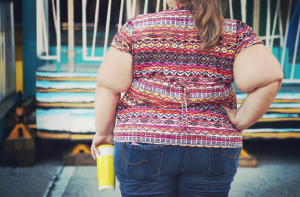 Although no direct scientific evidence exists, both mechanistic and epidemiologic clues suggest a possible link between obesity and RA.
Suzanne Tucker/shutterstock.com

Obesity has an established systemic inflammatory component. Could that be a trigger for the inflammation seen in rheumatoid arthritis (RA) and other rheumatic diseases? Although there is no direct scientific evidence, both mechanistic and epidemiologic clues do give some intriguing suggestions of a possible link.

“At first, we thought that fat was involved only in energy storage and helping insulate the body from cold,” says Michael B. Brenner, MD, chief of the Division of Rheumatology, Immunology and Allergy at Brigham and Women’s Hospital in Boston. “We now realize that there is an entire immune system within adipose tissue [AT] that switches from a Type 2 anti-inflammatory state to a pro-inflammatory state characterized by many of the same cytokines and cells that we see in RA.”

All Fat Not Created Equal

It has also been established that all fat is not created equal. Visceral fat has a larger number of leukocytes and a greater influence on systemic metabolism than subcutaneous fat.

The color is also important. White adipose tissue is a component of energy storage and insulation, and produces the adipocyte hormones, leptin and adiponectin. Brown fat produces heat and is a key regulator of basal metabolic rate and weight. Beige fat is induced by cold and exercise, and produces heat.

In the lean state, Interleukin (IL) 4, IL-10 and IL-13 are the main cytokines produced. IL-4 and IL-13 drive M2 (alternatively activated) macrophages, and IL-10 does that in addition to blocking the effects of tumor necrosis factor (TNF) and Nuclear Factor kB (NF-kB), all of which inhibits inflammation. There are also higher levels of regulatory T cells (Tregs) in AT in the lean state.1

In obesity, there is a completely different response, showing an increase in what Dr. Brenner calls “bad leukocytes.” At higher body mass index (BMI) levels, there is an up-regulation of M1 macrophages and various T cells that results in higher levels of TNFα, IL-1β, Interferon γ and lower levels of IL-10, IL-4 and IL-13. This mix tends to increase the level of inflammation and is responsible for insulin resistance.2

If you overeat, fat cells get very large, doubling in size when 10 lbs. are gained. Then they start to rupture, which releases material that is supposed to be intracellular into the fat tissue. This, in turn, triggers the macrophages to come in and clean up the debris.