You are here: Home / Articles / More Equal Care: The Power of Diversity, Equity & Inclusion in Rheumatology
Print-Friendly Version / Save PDF 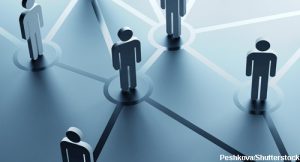 PRSYM—In recent years, the medical community has started to focus on three important and interrelated topics with wide-ranging effects on patient health and care: diversity, equity and inclusion. At the virtual 2021 Pediatric Rheumatology Symposium (PRSYM), a series of thoughtful speakers discussed this topic in earnest and helped provide a rationale and blueprint for better understanding these critical concepts.

Tamar Rubinstein, MD, MS, pediatric rheumatologist at the Children’s Hospital at Montefiore and an assistant professor of pediatrics at Albert Einstein College of Medicine, the Bronx, N.Y., began the session by discussing health and healthcare disparities in pediatric rheumatology.

Dr. Rubinstein noted the term health disparity entered the lexicon of physicians in the 1990s and was meant to describe health differences that correlate with social, economic and/or environmental disadvantage. In essence, health disparities are the observed consequences faced by groups of people who have encountered systemic obstacles, such as financial instability, poor access to care and discrimination.

A growing body of evidence indicates that access to care, disease severity, morbidity and mortality, quality of life and mental health issues are among the outcomes that differ substantially between white patients and those of minority ethnic groups: Dr. Rubinstein noted that Black youth with juvenile idiopathic arthritis (JIA) are more likely to have joint damage, worse disease activity and worse disease-related pain than white youth with the same condition.1,2 Lupus is the fifth leading cause of death among Black adolescents and young-adult Black women in the U.S.3

Although many minority groups are likely under-represented in registries, such as the Childhood Arthritis and Rheumatology Research Alliance (CARRA) registry, and there’s a paucity of data regarding healthcare disparities among pediatric rheumatology patients with conditions other than JIA and lupus, Dr. Rubinstein presented compelling evidence that healthcare disparities are a significant problem.

Dr. Rubinstein advocated for a race-conscious approach to healthcare disparities rather than a race-based approach. In a race-based approach, race is regarded as the main risk factor for disparities. Differences in health outcomes are seen as rooted in the possibility of biologic differences between racial groups, with the implication that certain racial groups are inherently diseased.

In a race-conscious approach, racism is the main risk factor in question. Differences in outcomes are evaluated in the context of social and power constructs, and the consequences of structural racism are the main area of interest.

Dr. Rubinstein argued that social determinants of health are what drive healthcare disparities. These determinants include education, access to healthcare, housing, income and sociocultural factors that may advantage or disadvantage a particular group.