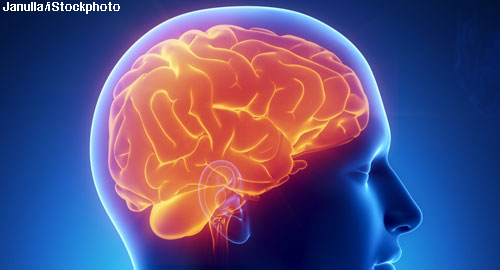 Although sarcoidosis is a multisystem disease, only 5% of sarcoidosis patients experience nervous system involvement. The differential diagnosis of sarcoidosis and its neurological complications can be difficult, because many inflammatory, infective and neoplastic disorders can affect patients in similar ways. Case series of patients with neurosarcoidosis suggest that approximately half have cranial neuropathy and 5–10% have peripheral nerve and muscle involvement. Lesions visible on magnetic resonance imaging (MRI) are typically longitudinally extensive within the cervical and dorsal cords. Reports also suggest that even with normal MRI findings, patients may have elevated protein levels in their cerebrospinal fluid (CSF) and a decreased CSF/blood glucose ratio.

A prospective study of neurosarcoidosis by Desmond P. Kidd, MD, a neurologist at University College London, U.K., sheds light on the pathophysiology of disease. The data published online June 19 in Journal of Neurology suggest certain clinical and imaging features are indicative of a more aggressive neurological disease. The study included 166 patients with biopsy-proved, highly probable disease of the central nervous system (CNS) who were referred to the Center for Neurosarcoidosis over a 15-year period. Approximately two-thirds of the patients demonstrated involvement of the brain and spinal cord. The remainder had cranial neuropathies and radiculopathy. The imaging was abnormal in patients with meningeal and parenchymal diseases, and normal in those with cranial neuropathy.1

Dr. Kidd observed leptomeningitis and consequent involvement of the spinal cord and cauda equina in 33 cases. Patients with leptomeningeal disease had a more severe disorder, with hydrocephalus and tissue destruction. In contrast, those with pachymeningeal disease had more striking imaging features, but less neurological impairment.

When the investigator examined the CSF of 89 patients with disorders of the brain, spinal cord and cauda equina, he found that CSF protein was elevated in 75% of cases, median 0.8 (0.19–8.35) g/L. The cell count was raised in 51% of samples, median 5 (0–395). The blood/CSF glucose ratio was low in 81% of samples, with a median of 48 (20–81)%. The researchers assessed disability using the modified Rankin score (MRS) and found that in patients with leptomeningitis a correlation between CSF protein and MRS existed.

Although patients with systemic sarcoidosis had matched CSF/serum oligoclonal bands, those with isolated neurological granulomatous disease had unmatched bands. Isolated granulomatous disease of the CNS appears to have a disease process indistinguishable from sarcoidosis, but without evidence of systemic sarcoidosis. These patients can be difficult to diagnose, and Dr. Kidd underscores the importance of evaluating the patients carefully, especially when the disease appears to be isolated in the nervous system.