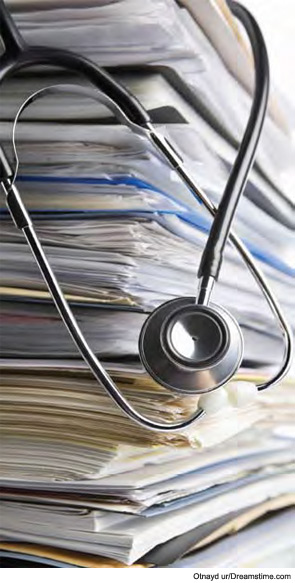 One year after the implementation of the Recovery Audit Contractor (RAC) program, the Centers for Medicare and Medicaid Services (CMS) is still moving forward aggressively to deal with fraud and abuse in documentation and billing of physician services.

During the three-year RAC demonstration project, more than 7% of recoveries involved the failure by providers to supply adequate documentation in response to a medical record request. It is vital that physicians understand the RAC audit process and establish policies and procedures to appropriately manage the incoming requests as well as the denial and appeal processes.

Self-audits have proven to be successful at helping physicians identify risk areas in documentation and appeals. Physicians should be ready to respond in a timely manner to RAC letters with confidence—but they also need to be prepared to learn the strategies for effectively preparing the practice on how to handle audits and, most importantly, identify how to stop denials from happening in the future and minimize future audit risks.

There are four RAC geographical regions, and RAC reviewers in each region were authorized to begin conducting medical necessity reviews in August 2010. The reviews by the RACs are identified by a systematic method identified as an “automated review,” which bases the audits on statistics. CMS policy indicates that an automated review can only be performed when they are certain that the claims being reviewed have an overpayment.

The avenues used for finding overpayments of claims are done by the RAC computer-based system or through medical record reviews by certified coders and other clinical staff. These two methods will identify any instances of high utilization of particular codes. Improper claim payments include non-covered services, incorrect coding, duplicate services, and inaccurate payments.

CMS has the authority to approve increases that exceed the current cap placed on the amount of charts that can be requested. The current cap for requested medical records is for every 45 days—solo provider: 10 records; 2–5 providers: 20 records; 6–15 providers: 30 records; and 15+ providers: 50 records. Such requests will not be accepted for the first six months of the year. For solo practices or group practices with multiple locations under the same tax ID, the first three numbers of the zip code determine the amount of requests allowed. For example, a practice with two locations in two different zip codes (i.e., 54321 and 23416) is considered two separated entities and subject to two separate requests from RACs, versus locations with zip codes that are close numerically (e.g., 23315 and 23314); these are considered one entity due to the matching first three numbers.

Is Your Practice Compliant?

The Medicare quarterly provider compliance newsletter reports the most common recovery audit findings and gives guidance on how providers can avoid such tribulations. The findings applicable to rheumatology practices deal with billing for incorrect coding for new patient visits, chemotherapy infusions, and nonchemotherapy injections.