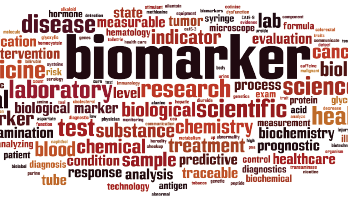 A proposed biomarker may improve the diagnosis of rheuma­toid arthritis (RA).

Writing in Arthritis & Rheumatology, researchers at Pleasanton, Calif.-based Roche Sequencing Solutions and the University of Toronto say their biomarker, constructed by profiling a comprehensive set of antibodies via high-density peptide array, has high specificity and sensitivity for RA, compared with commercially available assays.1

In recent years, blood tests that detect anti-cyclic citrullinated peptide-2 (CCP2) antibodies present in many—but not all—patients with RA have become a standard part of the workup to diagnose the disease after their inclusion in the 2010 ACR/European League Against Rheumatism classification criteria. Patients with positive CCP2 results often have more aggressive disease and damage to affected joints.

Considered a gold standard test because it is so specific, CCP2 is based on a 20-year-old discovery and only a small number of antigens. Its sensitivity—generally about 70%—means a significant proportion of patients who have RA test negative, says the paper’s first author Ken C. Lo, PhD. He worked for Roche at the time the research was done, but is now principal scientist at Nimble Therapeutics, Madison, Wis.

Even with a negative CCP2 result, the possibility remains that a patient does have anti-citrullinated protein antibodies (ACPAs) that current tests can’t identify. “That’s where we wanted to push the boundary,” Dr. Lo says.

Dr. Lo and the other researchers tried screening for more antigens to which antibodies bind. They used a high-density peptide array with more than 4.6 million peptides, including the entire annotated human proteome, plus citrullinated peptides in which citrulline was substituted for arginine and homocitrullinated proteins in which homocitrulline was sub­stituted for lysine. This approach, say the researchers, is a comprehensive screen against all positive epitopes and represents the first unbiased portrait of the RA serum antibody repertoire, which they call the “RA antibody reactome.”

These results showed the method could be the basis of a new diagnostic biomarker.

The researchers mined their data and identified the 25 most frequent citrullinated composite epitopes found in RA patients. The investigators determined that many of the most common epitopes identified all the same patients. They then chose four other, less common, epitopes that helped identify their target group of patients, for a total of eight epitopes included in the biomarker, according to Dr. Lo.

Because classifying RA employs a scoring system based on both clinical exams and serology tests, a positive result on a test like the paper describes would “bump up scores and identify patients otherwise not considered to have RA under the current guidelines,” Dr. Lo says.

But the paper is only a proof of principle. Dr. Lo is quick to point out that controls did not include patients with diseases similar to RA—such as psoriatic arthritis—to show just how specific the test is to RA.

Roche had insufficient psoriatic arthritis samples to include in the study. “If we had the samples, we would have done it,” says Dr. Lo.

While he has no immediate plans for a study that includes psoriatic arthritis samples, Lo is exploring other methods to see if he can identify better RA epitopes. “The idea is to use fewer epitopes to achieve the same sensitivity and specificity as the eight we used in the paper,” he explains.

A Method with Potential 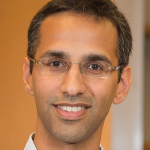 If the method is further validated, it would represent an improvement over standard tests, which lack sensitivity. The lack of sensitivity “means there are patients with real RA who have negative antibodies by the [Abnova] CCP2,” Dr. Rao added. “The CCP2 may be missing some antibodies in these patients, who may have antibodies to citrullinated proteins, but perhaps not the ones included in the Abnova test,” he says.

Paving the Way for a Next-Generation Test?

With this paper, rheumatologists might reasonably envision a next-generation test for multiple RA-associated epitopes. If additional studies validate the recent paper’s findings, Dr. Rao predicts enthusiasm within the field for the paper’s methods.

They may have implications beyond rheumatoid arthritis, Dr. Rao says. “It would be interesting to see how this assay performs across other diseases, like lupus and systemic sclerosis, and what other epitopes are targeted in these diseases.”

Dr. Lo says he and the other investigators were surprised by the ubiquity of antibodies for RA in study samples, the number of potential RA targets throughout the proteome, “and how limiting CCP2 could be.”

The situation is analogous to improvements whole genome sequencing has made in genetic disease diagnosis, because this method covers all genes. “Here, we’re looking at all of the proteins and antibodies. We’re casting a much wider net,” Dr. Lo says.

Deborah Levenson is a writer and editor based in College Park, Md.