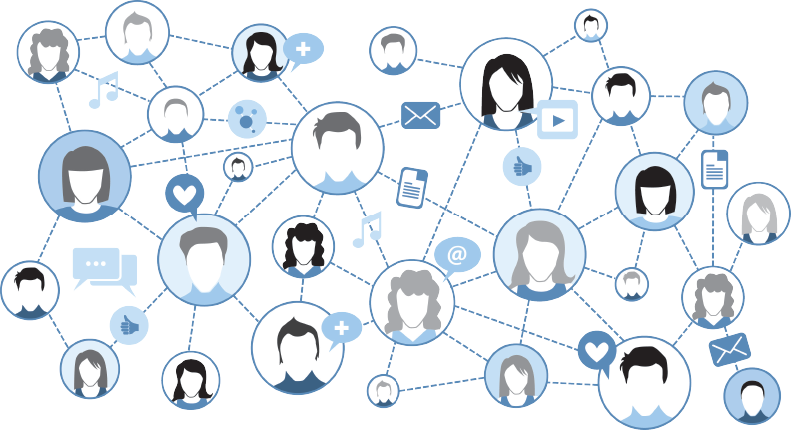 When Paul Sufka, MD, a rheumatologist with HealthPartners Medical Group and Regions Hospital in St. Paul, Minn., wants to connect with his colleagues or keep abreast of the latest rheumatology journal articles, he turns to Twitter.

Dr. Sufka is one of many rheumatologists who have found effective ways to incorporate social media into their medical practice. According to the 2017 Kantar Media’s Medical Surgical Sources and Interactions Survey, 47% of physicians (14% of rheumatologists) overall surveyed, said they had posted, followed or communicated with colleagues or professional social networks in the previous 30 days via a computer or mobile device.1

Although other social media platforms exist, including Facebook, Instagram and LinkedIn, Dr. Sufka says many physicians are turning to Twitter, an online community that boasts more than 328 million active users. Dr. Sufka says Twitter provides a platform on which rheuma­tologists and rheumatology health professionals can stay up to date on research, participate in scheduled Twitter chats and connect with other physicians around the world who share their interests. Accounts can also be kept private if a physician prefers to do so.

“I first realized how much of an impact social media could have on my professional life when I met a number of rheumatology colleagues that I had become vaguely acquainted with over Twitter at the ACR’s Tweet-Up gathering,” Dr. Sufka says. “Making these connections led to many unique opportunities, such as launching The Rheumatology Podcast and the Rheumatology Journal Club on Twitter (#RheumJC).”

In addition to getting 50–60% of his rheumatology updates via Twitter, Dr. Sufka says Twitter provides a venue for many rheumatologists to network online. He oversees #RheumJC, launched in 2015 by a group of rheumatologists, including Chris Collins, MD, associate professor of medicine at Georgetown University Medical School and the director of the Rheumatology Fellowship Program for the Medstar Washington Hospital Center in Washington, D.C., Suleman Bhana, MD, a rheumatologist in private practice in New York, Aruni Jayatilleke, MD, assistant professor of medicine at Drexel University College of Medicine, and associate program director for the rheumatology fellowship program, Jonathan Hausmann, MD, a pediatric and adult rheumatology fellow at Boston Children’s Hospital and Beth Israel Deaconess Medical Center, and Isabelle Amigues, MD, a rheumatologist at the National Jewish Health Center in Denver.

“We typically have a one-hour online session on the last Thursday of each month, which leads to great discussions,” Dr. Sufka says. “We frequently invite one of the authors of the paper we’re discussing to join in and answer any questions, which has proved to be extremely valuable.”

Recent #RheumJC chats have included “Favorite Abstracts from the 2017 ACR Annual Meeting” and “Impact of Sustained Remission on the Risk of Serious Infection in Patients with Rheumatoid Arthritis.”

“Because of my involvement in #RheumJC, I’ve been able to curate a great group of colleagues who alert me to important new papers and share relevant news,” Dr. Sufka says.

For those who are new to Twitter, Dr. Sufka says rheumjc.com offers an introductory video by Dr. Collins on how to best utilize the social networking service. One caution: Keep in mind that a 140-character tweet can result in misinterpretation of medical advice.

“Professionally, I use Twitter the most,” Dr. Sufka says. “I think it allows for the most open discussion of any current network, which is important for learning. I don’t keep a separate personal account, so people might also see tweets from me about tech, fitness or just random thoughts.”

Dr. Bhana, who co-founded the #RheumJC chat with Dr. Sufka, says his time spent on Twitter correlates with how much free time he has on a given day.

“I’m online more if I’m in a consumption reading mode or if I’m live tweeting a conference,” Dr. Bhana says.

Unlike other social media outlets, such as LinkedIn or Facebook, Twitter allows users to follow others online without requiring a request or acceptance from other users, which makes it easier to follow colleagues, professional journals and other resources related to your practice.

“On Twitter, I keep in touch with peers I’ve met at conferences and interact with colleagues from all over the world, something I would never be able to do otherwise,” Dr. Bhana says.

While attending medical conferences, Dr. Bhana often live tweets from sessions, taking notes and providing links to them, allowing doctors who couldn’t make it to the conference or attend a specific workshop to gain knowledge virtually.

As more physicians turn to Twitter to communicate, remain up to date on research & stay connected with their peers, some physicians are also using the medium to advocate for change.

As more physicians turn to Twitter to communicate, remain up to date on research and stay connected with their peers, some physicians are also using the medium to advocate for change.

Angus Worthing, MD, a rheumatologist at Arthritis and Rheumatism Associates in Washington, D.C., and chair of the Government Affairs Committee for the ACR, has found Twitter an effective advocacy tool for pending legislation.

“Every member of Congress, as well as federal agencies, such as the Food & Drug Administration and Medicare, is on Twitter,” Dr. Worthing says.

Although he admits there’s a bit of a learning curve with Twitter, he offers the following tips for rheumatologists who want to make their tweets stand out:

“Twitter also provides a means for physicians and researchers to publicly announce important new treatments and specific screening tests,” Dr. Worthing says. “There are approximately 5,000 rheumatologists in the U.S., and Twitter provides a way for us to connect and leverage our voices.”

To meet colleagues from around the globe, Dr. Worthing notes that Tweet-Ups, also known as virtual Twitter gatherings, are held as part of the ACR/ARHP Annual Meeting.

Some rheumatologists maintain a presence on Facebook, and Dr. Worthing has found that social network useful for physicians who want to market their business and establish a presence in their community.

“Twitter is the main social media tool that I use professionally,” he says. “I think sharing our voices also serves to advance our practice.”

‘Because of my involvement in #RheumJC, I’ve been able to curate a great group of colleagues who alert me to important new papers and share relevant news,’ Dr. Sufka says.

Rubaiya Mallay, MD, a rheumatologist at Suncoast Internal Medical Consultants in Largo, Fla., says she uses social media for networking, patient education and to enhance her own education.

“I’ve found social media is particularly beneficial in helping patients with chronic diseases, and I use it daily to help patients with personal health-related goals, such as weight management or stress,” Dr. Mallay says. “I encourage patients to use trackers (e.g., Fitbit), and MyFitnessPal and WeightWatchers are good for patients who want to exercise or lose weight and need a way to track progress. Pinterest and Snapchat are also good sites for info on physical therapy or exercise regimens.”

Dr. Mallay says she prefers patients use evidence-based medicine from quality websites than rely on anecdotal reports from friends and neighbors. “I often recommend patients visit such sites as rheumatology.org or lupus.org, where patients can join virtual communities, participate in research and receive proper information,” Dr. Mallay says.

Linda Childers is a health writer located in the San Francisco Bay area.

Looking to find the latest news on research studies, information on conferences, or potential policy solutions? Having a Twitter account will bring this news right to your feed. Some Twitter accounts to consider following @ACRheum, video abstracts, articles and info on how to register for upcoming modules.

@ACRSimpleTasks, a public awareness campaign from the ACR, offers information about rheumatic diseases and the role of rheumatologists, holds a #RheumChat that is a great resource for patients who could benefit from an online arthritis support group.

@jhrheumatology, a recent post offered a video link to common questions rheumatic disease patients have about the flu vaccine.

Rheumatologists can find articles related to their specific interests by searching Twitter hashtags, such as #kneereplacement, #pain and #arthritis.

Follow leading medical journals, such as The Lancet (@TheLancet) and Medical Express (@medical_xpress), and stay abreast of research in the rheumatology field by following the Rheumatology Research Foundation (@RheumResearch).

Gain insight into patient perspectives by following advocacy groups, such as the Arthritis Foundation (@arthritisfdn).

Keep informed on industry and legislative changes with the Centers for Medicare & Medicaid Services (@CMSGov).

Consider using a disclaimer, such as “Tweets not medical advice” or “Views are my own” on your bio.

For a full list of Twitter chats for doctors and patients that are held on a regular basis. Featured chats include #LupusChat and #CreakyChats for rheumatic diseases.