They say the body remembers what the mind wants to forget. For those who have experienced trauma, not only does the body remember, in some cases it works on making things worse. Such is the situation with trauma and lupus, says a new study published in Arthritis & Rheumatology in October.

The study, titled, “Association of Trauma and Posttraumatic Stress Disorder with Incident Systemic Lupus Erythematosus in a Longitudinal Cohort of Women,” was undertaken at the Harvard T.H. Chan School of Public Health and Brigham and Women’s Hospital, Harvard Medical School.1

The study examined whether exposure to trauma and post-traumatic stress disorder (PTSD) are associated with an increased risk of lupus. Andrea L. Roberts, PhD, of the Harvard T.H. Chan School of Public Health at Harvard Medical School in Boston, was lead author on the study. Describing their work in the first longitudinal study to ask this question in a civilian population, she says, “We examined 24 years of follow-up data in 54,763 women in the Nurses’ Health Study. Women were categorized as having no trauma, trauma and no PTSD symptoms, subclinical PTSD (one to three symptoms) or probable PTSD (four to seven symptoms).” 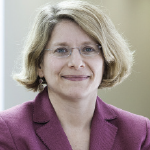 “Women who have lupus often report stress as a trigger for flares, which is similar to other autoimmune diseases,” says Dr. Roberts. “And we already know stress has been associated with increases in inflammation. [Because] lupus is an autoimmune condition, anything that triggers the immune system to jump into action is suspicious. There are additional studies showing that PTSD is associated with a later increased risk of other autoimmune diseases like [rheumatoid arthritis] or inflammatory bowel disease and psoriasis.

“In this study, [although] there was no medical diagnosis of PTSD, participants reported symptoms and their experience of trauma. This included questions, such as, ‘Did you lose interest in activities after the traumatic event?’ Those reporting ‘yes’ to four or more questions were likely to have PTSD.

“Seventy-three cases of lupus were identified during follow-up,” Dr. Roberts says. “We found that being exposed to trauma was strongly statistically associated with lupus. It was rather surprising that the effect size was so large: Women exposed to trauma were at an almost three times higher risk of developing lupus than women with no exposure to traumatic events. Lupus does involve some psychological symptoms, such as depression. And although you can have depression as a symptom of lupus, … the thing with PTSD is that it’s related to a traumatic event—you can’t say the traumatic event is caused by lupus.”

“Clinicians who treat women with lupus should be aware of the psychological symptoms that can accompany the disease and should know if there is trauma in a patient’s past … that may affect the course of the lupus. We know trauma affects health-related behavior. Take smoking, for example. If we know someone’s trauma history and they are smoking as a way of dealing with anxiety, they are self-medicating and may require additional psychological treatment before they can stop smoking. Although you are treating the physical disease, you must take note of any mental health issues and refer these patients for psychological care.