You are here: Home / Articles / Study: COVID-19 Vaccinations Are Safe for Patients with Lupus
Print-Friendly Version / Save PDF

COVID-19 vaccinations are safe for patients with systemic lupus erythematosus (SLE), with manageable side effects and a low incidence of flare, according to a recently published study in The Lancet.1

The use of mRNA vaccines, such as those from Pfizer-BioNTech and Moderna, which have been viewed as riskier than traditional vaccines because of a concern about the stimulation of toll-like receptors, doesn’t appear to be any riskier than other types of vaccines, say the researchers, who led a survey-based study of 696 partici­pants, thought to be the first large-scale study of COVID-19 tolerability in SLE.

“The use of mRNA vaccines has raised substantial concerns about the tolerance of these new vaccine technologies in patients with SLE [because] toll-like receptor stimulation by nucleic acids might increase the risk of flare,” say the researchers, led by Laurent Arnaud, MD, PhD, professor of medicine at the National Reference Center for Rare Autoimmune Diseases, Strasbourg, France, and Renaud Felten, MD, associate professor of therapeutics at University Hospital Strasbourg. “These uncertainties have been shown to be major determinants of reduced vaccination willingness in patients with rheumatic and musculoskeletal diseases.”

But, they say, “The VACOLUP [vaccination against COVID in systemic lupus] study suggests that COVID-19 vaccination appears well tolerated in patients with SLE, with only a minimal risk of flare, if any, including after the mRNA vaccines.”

The study involved a 43-question, Web-based survey, taken March through May 2021. All of the participants had a medically confirmed diagnosis of SLE according to self-report. Ninety-six percent of the group was female, with a median age of 42. All patients received at least one dose of a COVID-19 vaccine, and 49% had received a second dose. “The most common vaccines were Pfizer-BioNTech (399 [57%] participants), Sinovac (156 [22%] participants), AstraZeneca (73 [10%] participants) and Moderna (57 [8%] participants),” according to the study.

Three percent of the patients reported a medically confirmed SLE flare, leading to a change in treatment in 71% of those cases. Having had a flare in the previous year increased the chance of a flare after vaccination (relative risk=5.52; 95% CI 2.17–14.03; P<0.0001). The predominant symptoms of flares were musculoskeletal and fatigue, in 90% and 86% of patients, respectively, with onset at a median of three days after vaccination. 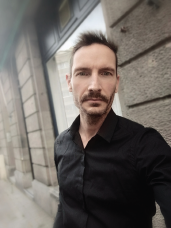 Dr. Arnaud says the findings should help ease vaccine concerns in the SLE community, which he says has been a problem.

“It is significant,” he says. “Interferon–α is a key cytokine in SLE, and is produced following stimulation of the immune system by viral antigens. It was therefore a potential [or] theoretical risk that COVID mRNA vaccines could induce SLE flares. We now know it’s not the case.”

Dr. Arnaud says the 3% rate of flare after vaccination may be even lower in reality, in part because of the timing involved.

“The short median time between vaccination and flare onset suggests that it may be difficult to distinguish actual SLE flares from common and expected post-vaccine side effects, and therefore, the 3% figure could be an overestimation of the actual flare rate,” the researchers say.

They acknowledged that the study’s weaknesses are that it relied on self-report and there was a subjective nature to the outcomes. But the researchers point out that they tried to mitigate this problem by asking patients to report only medically confirmed flares.

Vaidehi Chowdhary, MBBS, MD, DM, associate professor of rheumatology at Yale University, New Haven, Conn., and co-director of the Yale Lupus Program, says the findings could help with the problem with vaccine hesitancy.

Studies have found that between 39% and 46% of patients with rheumatic diseases are hesitant about getting immunized against the COVID-19, but the proportion of patients with SLE in those studies has been small, except for VAXICOV (vaccinations against COVID-19), a multi-national study.2 She points out that low vaccine acceptance isn’t universal and varies by country. A European registry has shown that 87% of patients with adult rheumatic diseases were willing to get the vaccine. Reasons for refusing have been reported to be concerns about adverse events or worsening of the under­lying disease, she notes.

In this study, the low rate of severe flares, along with similar data from another study3, is encouraging, she says.

“Studies have shown that vaccine hesitancy in rheumatic patients decreases when vaccination is recommended by a physician,” says Dr. Chowdhary. “Appropriate counseling of our patients [regarding] their risks of adverse outcomes from SARS-CoV-2 infection [and the] protection offered by vaccines with [the accompanying] low risk of flares should be part of the medical visit for every unvaccinated patient who meet the vaccination criteria.”

She says that vaccine side effects such as general achiness and occasional skin rashes can be confused with lupus activity and flare, but that “physical exam, persistent symptoms, familiarity with patient’s disease course and judicious use of laboratory tests can be helpful in distinguishing between flare and side effects.”

Dr. Chowdhary says it would be useful to know whether an SLE flare is more common in those with active disease, which could be helped by a physician assessment of lupus activity, as opposed to a self-report.

“The number of flares in the preceding year may also add more information and quantify risk,” she says.

Another point to explore further is whether patients on immunosuppressive drugs are more protected from flares, and the impact of brief stoppage of drugs like mycophenolate mofetil and methotrexate before vaccination.

“Are flares,” she says, “due to discontinuation of medication vs. the vaccine?”

Jinoos Yazdany, MD, MPH, chief of rheumatology at Zuckerberg San Francisco General Hospital and professor of medicine at the University of California San Francisco, says most SLE patients have gone ahead with vaccination despite worries about side effects and flares.

“There has been less vaccine hesitancy than I expected, possibly because people with SLE realize they have risk factors for more severe COVID-19 outcomes from glucocorticoid use, immunosuppressive drugs and medical comorbidities like renal disease,” she says.

In this study, researchers used a con­venience sample that could have left out vulnerable populations or those with severe SLE, but say randomized, controlled trials are difficult to perform in a timely manner.

“This study,” Dr. Yazdany says, “adds to a growing number of studies using different methods that seem to be arriving at the same conclusion: The frequency of serious flares after vaccination is low.”

Thomas Collins is a freelance medical writer based in Florida.