You are here: Home / Articles / Systemic Sclerosis Mortality Rate May Be Underestimated
Print-Friendly Version / Save PDF 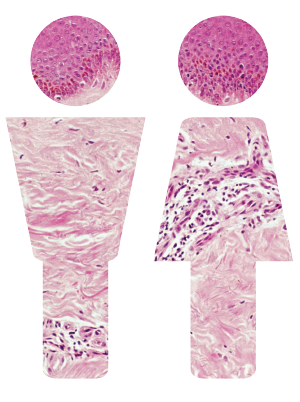 Systemic sclerosis (SSc) is a disease characterized by immunologic abnormalities, microvascular involvement and tissue fibrosis. In previous studies, 10-year survival rates ranged from 50–84%. However, there are concerns that these studies, using prevalent cohorts, are underestimating mortality.

“While the prognosis of many rheumatic diseases has improved with the availability of more effective and targeted therapies, mortality in SSc remains unacceptably high,” says Mandana Nikpour, MD, PhD, from the Departments of Rheumatology and Medicine at St. Vincent’s Hospital and the University of Melbourne, Australia. “Our goal was to accurately quantify the huge burden of mortality in scleroderma, highlighting the urgent need for new, effective therapies.”

The inception group (1,070 subjects) was defined as a subset of people recruited within four years of onset of first symptoms. The prevalent group (3,218) included all registered subjects, regardless of duration at entry.

“We hypothesized that a lot of deaths occur early in the course of scleroderma and that the true burden of mortality can be underestimated unless a large cohort of patients is followed from early in the disease course (i.e., close to disease onset),” says Dr. Nikpour. “[Because] scleroderma is a relatively uncommon disease, in order to have a large enough group of patients followed from disease onset (inception cohort) to enable meaningful analyses, we needed to combine data from cohorts around the world.” 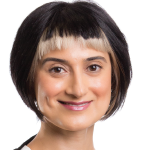 To do this, Dr. Nikpour and Yanjie Hao, MD, collaborated with Murray Baron, MD, and Marie Hudson, MD, MPH, of Montreal and Patricia Carreirs, MD, of Madrid to create a pooled data set of 1,070 incident cases from Australia, Canada and Spain. They compared mortality and causes of death with a pooled, prevalent cohort of patients recruited at various disease stages, sourced from the same countries. This inception cohort was the largest reported to date.

Survival status was collected up until the end of April 2014. Status was based on records in the various country cohort databases and telephone tracing of those who had no data entered for 24 or more months. Determination of lost to follow-up was when no data had been entered for 24 or more months and at least two attempts at telephone follow-up had been unsuccessful.

“Our work confirmed that studies focusing on prevalent cohorts underestimate mortality,” says Dr. Nikpour. “The pooled SMR for the prevalent cohort was less than the SMR of 4 for the inception cohort. This means that many deaths in scleroderma occur early in the disease course and would be ‘missed’ if only patients with long standing disease (the ‘survivors’) are recruited into cohort studies.”

Comparison of inception and prevalent cohort analyses shows some difference in causes of death in the early rather than later course of disease. Proportionately, in the prevalent cohort, fewer deaths (just over half; 55%) were due specifically to scleroderma. In the inception cohort, that figure was 62.1%.

The remaining one-third of deaths in scleroderma was due to cancers, infections, heart disease and stroke. All of these are thought to occur with increased frequency in scleroderma compared with the general population.

Pulmonary arterial hypertension was a major cause of SSc-related death, both early and later in the disease course (25.3% of deaths in the inception cohort). Interstitial lung disease (ILD) accounted for a higher proportion of deaths in the prevalent cohort than in the inception cohort, pointing to ILD as a risk factor for poor long-term survival opposed to early death.

According to Dr. Nikpour, the study’s findings indicate that rheumatologists should follow patients carefully for the development of heart-lung and renal complications, particularly those with the diffuse disease subtype, and treat early and as aggressively as required. Rheumatologists must also be vigilant of cancers and infections, and consider assessing and treating atherosclerotic risk factors in scleroderma patients.

The SMRs demonstrate that gender differences exist. The difference in mortality was greater for men both cohorts, but more so in the inception cohort when compared with the prevalent group. This suggests faster progression of the disease and more death in the early stages of the disease for men.

“The early mortality risk in scleroderma means that lifesaving treatments must be deployed early in the disease before severe irreversible organ damage occurs,” says Dr. Nikpour. “Early detection and treatment of pulmonary arterial hypertension through screening, and early initiation of treatment for ILD in patients who have an early decline in lung function are two examples of interventions that may lead to improved outcomes.”

Kurt Ullman has been a freelance writer for more than 30 years and a contributing writer to The Rheumatologist for 10 years.