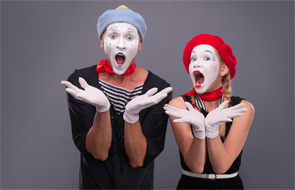 CHICAGO—David Daikh, MD, PhD, professor of medicine at the University of California San Francisco and chief of the Rheumatology Division at the San Francisco VA Medical Center, said the overlap between malignant disease and rheumatic disease means rheumatologists should stay aware that more may be going on than just a rheumatic disorder.

He made his remarks in a session on rheumatic disease “mimics” at the American College of Rheumatology’s 2015 State-of-the-Art Clinical Symposium in May in a session that also covered statin-induced myopathy and infections that might bring on arthritis.

“Rheumatoid and musculoskeletal symptoms can be the initial manifestation of cancer, meaning we may be the first-line diagnosticians,” he said. New-onset malignancies can mimic rheumatic disease, and patients with rheumatic disease can be at increased risk of having early, subclinical cancers.

A malignancy can bring on rheumatic and musculoskeletal disease through primary or metastatic disease’s direct or indirect involvement of musculoskeletal structures, and through activation of autoimmune responses, he said.

Sclerodermatous skin changes, for example, have been associated with breast, ovarian, pulmonary and gastrointestinal cancers, and Raynaud’s phenomenon can also be a main manifestation of a malignancy.

An association has been found between dermatomyositis and malignancy, particularly in those older than 45, with most cancers presenting within a year before or after the myositis diagnosis.

If an older patient has an unexplained or atypical myositis and responds poorly to therapy, an aggressive work-up of signs and symptoms is in order, Dr. Daikh said.

In one of his cases, a 59-year-old man with typical signs of dermatomyositis was put on prednisone. After two weeks, he reported some improvements, but then also reported abdominal pain and nausea. He immediately got an abdominal CT, and multiple liver masses were found.

“The take-home message that I’ve had from my patients,” Dr. Daikh said, “is that my threshold has to be lower for going beyond age-appropriate screening.”