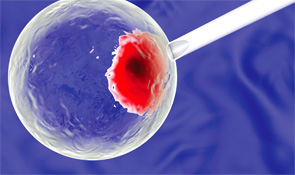 CHICAGO—Stem cell transplantation for systemic sclerosis patients has come a long way over the past decade, with more finely calibrated dosing and better patient selection, said George Georges, MD, associate member of the Fred Hutchinson Cancer Research Center and associate professor in the medical oncology division at the University of Washington School of Medicine, Seattle, a center that has been at the forefront in investigation and honing of these procedures.

With a new, multicenter trial now recruiting patients, there is hope for improved maintenance therapy after transplants with mycophenolate mofetil (MMF), he said.

Dr. Georges traced the recent evolution of, and new insight into, stem cell therapy in autoimmune diseases at the 2015 State-of-the-Art Clinical Symposium in May.

It was 2007 when investigators at the Fred Hutchinson Cancer Research Center in Seattle wrapped up a pilot study on high-dose immunosuppressive therapy and autologous hematopoietic stem cell therapy for severe systemic sclerosis and found promising results.1

“There was really a dramatic improvement in the skin scores,” Dr. Georges recalled. The average Rodnan skin score fell 22 points, and every patient had an improvement “without exception.” For some patients, the result wasn’t sustained, but the majority had sustained profound improvement. Researchers also found that pulmonary disease did not progress.

They also saw which patients tended not to do as well—the few who hadn’t had lung-shielding during radiation treatment and those with lower ejection fractions, forced vital capacity and renal failure. An analysis with these patients excluded showed a three-year overall survival rate of 91% and a five-year of 78%.

It was an important moment in stem cell therapy in this disease, Dr. Georges said.

“We learned from the first patients that came on this study—we learned a lot,” he said. “We tried to understand who the patients at greatest risk for transplant-related mortality were.”

Another pivotal moment in the evolution of stem cell therapy came last year, with the publication of results from the randomized ASTIS Trial, which examined hematopoietic stem cell transplantation compared with 12 months of IV pulse cyclophosphamide. The trial was conducted in 10 countries across 29 centers.2