You are here: Home / Articles / The Value of Repeat Antibody Testing in Lupus Patients
Print-Friendly Version / Save PDF 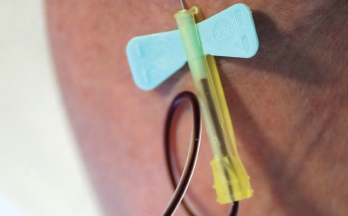 A recent study suggests costly antibody screening among patients with systemic lupus erythematosus could be reduced by limiting repeat screening of extractable nuclear antigens (ENAs). Researchers investigated how often results changed for anti-ENA and other commonly screened antibodies in repeat testing of patients with SLE. The findings were published in the Journal of Rheumatology.1

“We theorized, based on clinical experience, that seroconversion of anti-ENA would be uncommon and serial measurements would be unlikely to change from baseline testing; therefore, our intention was to study when to stop reordering tests that may lack future utility,” write the study authors.

A majority of lupus patients test positive for anti-nuclear antibodies (ANA), which is part of an immunology screening panel typical for patients suspected of having the disease or other autoimmune disorders. If a patient suspected of having lupus has a positive ANA, doctors will typically follow up with additional testing for antigens that react with ANA, including anti-ENA, anti-double stranded DNA (anti-dsDNA) and complement components C3 and C4.

For patients with a positive ANA, it is important for prognosis to determine the values that are positive in the ENA series of SLE-associated antibodies, which include anti-Sm, anti-RNP, anti-Ro/SS-A and anti-La/SS-B, explains corresponding author Janet Pope, MD, a professor of medicine, Division of Rheuma­tology, Western University of Ontario, Schulich School of Medicine, London, Ontario, Canada. These serologic markers are associated with more SLE damage, increased renal risk, photosensitivity and other connective tissue disease features, says Dr. Pope.

Although annual serology testing for patients with SLE is common, the authors note the cost effectiveness of continued testing for anti-ENA has not been established. Knowing the values of autoantibodies in anti-ENA is important, but in general they do not change in the lifespan of the disease, thus repeat testing during routine follow-up “to look at the antibody profiles is futile and costly,” according to Dr. Pope.

“Lab testing accounts for a lot of money spent that could be directed into other areas of healthcare if the testing is unnecessary,” says Dr. Pope.

Exceptions that would merit repeat anti-ENA testing include for a patient with SLE who is pregnant or considering pregnancy, notes Dr. Pope. For example, anti-Ro and anti-La antibodies increase the chance a fetus will develop congenital heart block. Repeat testing may also be called for if the diagnosis is uncertain given that a small number of patients with SLE are ANA-negative yet Ro/SSa positive, according to the article.