You are here: Home / Articles / Waiting for The Big One
Print-Friendly Version / Save PDF

Wasn’t the 2008 ACR/ARHP Annual Scientific Meeting great? Terrific science, record attendance, and a magnificent setting. San Francisco is a glorious place that provides some of the most striking vistas in the world as the bay sparkles against a curtain of dense white fog that is both mysterious and entrancing.

Alas, the setting is not perfect because San Francisco sits precariously on a geological fault line whose tectonic movements may one day produce The Big One, a mammoth earthquake that will catapult the city into the sea. The big quake of 1906 produced unbelievable devastation, but there were no building codes then and a much smaller tremor could have toppled many of those rickety wood structures. Fortunately, engineering whizzes today can produce buildings that can withstand even the most severe seismic shake, rattle, and roll. 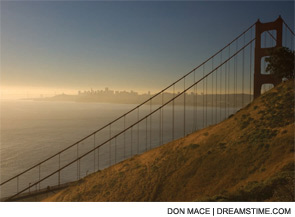 A Year for Big Ones

When I am in San Francisco, my worries about The Big One usually subside after a stroll along the Embarcadero or after taking a few sips of a Napa chardonnary that tickles my tongue with notes of citrus and butterscotch. This year, however, worries about The Big One did not go away. Indeed, like many attendees at the ACR meeting, my mind was besieged by worries of other “big ones,” in addition to the one created by the slippage of the San Andreas Fault.

What were these “big ones”? I will name only three: 1) the election; 2) the worldwide financial collapse; and 3) the impact of the changing political and economic landscape on the future of rheumatology.

I am sure that I was not alone in feeling buffeted by events of the past weeks as the professional ground below me began to rumble. I was hoping that, during a session at the Moscone Center, a question on one of the big ones would appear in one of those audience surveys in which a speaker puts up a question, a digital clock marks the 10-second countdown, and a snippet of famous music plays as the attendees push little buttons to make their choices. Every time I saw one of those surveys, I thrilled as the computer magically calculated the votes and generated a bar graph in nifty colors like magenta and cyan that glowed from the screen.

I can imagine such a question. “Which of the following do you think will affect the financial future of you and your practice: A) the stock market; B) new taxes; C) changing reimbursement; D) all of the above; or E) none of the above?” I think that most everyone would have answered, “D.”