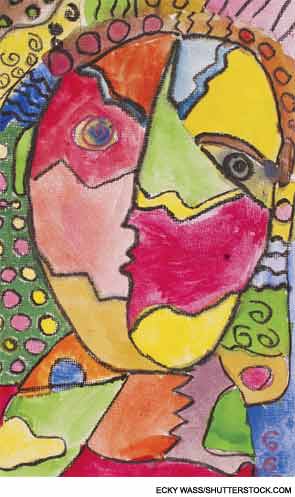 SAN DIEGO—Recent updates to the classification criteria for systemic sclerosis (SSc) and a better understanding of autoimmunity’s role in the disease are helping investigators unravel its mysteries, said Richard Silver, MD, director of the division of rheumatology and immunology at the Medical University of South Carolina in Charleston.

Dr. Silver updated rheumatologists on SSc research at the 2013 ACR/ARHP Annual Meeting, held October 26–30. [Editor’s Note: This session was recorded and is available via ACR SessionSelect at www.rheumatology.org.] Dr. Silver addressed some of the challenges of diagnosing SSc, highlighting diseases that may mimic scleroderma, serious potential complications, and new clinical trials that may help extend patients’ lives.

There are three key components involved in SSc: autoimmunity, vasculopathy, and fibrosis, Dr. Silver said. “How these three major facets interact with each other remains the biggest challenge for investigators,” he said.

A challenge for a rheumatologist whose patient presents with symptoms that may initially appear to be caused by SSc is that the disease often mimics others, a set of skin conditions known as “pseudoscleroderma,” Dr. Silver said. Hardening of the skin doesn’t always mean scleroderma, so serologic testing for specific autoantibodies or nailfold capillary microscopy can help confirm diagnosis. Common pseudoscleroderma conditions include diffuse fasciitis with eosinophilia (DFE), scleredema, scleromyxedema, and environmental pseudosclerodermas such as eosinophilia myalgia syndrome, among others.

Examining the character of skin tautness and then the distribution of the skin involvement can aid in diagnosis, Dr. Silver said. “In many of these pseudoscleroderma conditions, the process involves more than the dermis. It goes deeper, to the subdermis and the fascia, resulting in a woody induration of the skin,” he said. “Many of these mimics also spare the fingers and sometimes the face, while scleroderma typically affects the fingers, hands, and face.” In most pseudosclerodermas, there is no Ray­naud’s phenomenon, and antinuclear antibodies also are rarely present in these mimicking conditions while common in scleroderma, he noted. Other important distinguishing features may be organ involvement, particularly the heart or lungs, which is usually absent in the various pseudoscleroderma conditions.

In DFE, a full-thickness skin biopsy is needed to confirm diagnosis, he added. The skin involvement extends from the dermis all the way to the fascia and sometimes the muscles, in these cases. Dr. Silver described a patient with DFE who couldn’t grip a football due to tethering of the tendons to the forearms from fibrosis. DFE is almost always steroid responsive, he added, unlike scleroderma.