You are here: Home / Articles / Global Insights from the Bone and Joint Decade Network Conference
Print-Friendly Version / Save PDF

Immediately after the ACR meeting in Philadelphia in October, I had the honor and good fortune to attend the 2009 Bone and Joint Decade (BJD) Network Conference in our nation’s capitol. The BJD is an international organization that, since 2000, has promoted worldwide awareness of musculoskeletal disease, interacting with governmental and non-governmental agencies to develop innovative programs for prevention and treatment of musculoskeletal conditions. The ACR was a founding member of the BJD and has actively contributed to BJD activities over the years through the work of many ACR members.

The Washington, D.C. conference highlighted BJD activity and featured presentations on the burden of disease, recent advances, and prospects for the future. For a rheumatologist, the expected areas of attention included inflammatory arthritis, osteoarthritis, and osteoporosis. The focus of the BJD is much, much larger, however, and encompasses such disparate areas as civilian and military trauma, rehabilitation, spine disorders, and congenital malformations. Hearing a lecture on clubfoot, I was shocked by the awful toll that this condition can take, not only in pain and disability, but also in stigmatization and ostracism. In some parts of the world, a clubfoot can deprive a person of education and social standing. The advent of a nonoperative approach to correcting clubfoot, called the Ponseti method, could have far-reaching benefits and, in an inexpensive and highly effective way, alleviate great suffering. 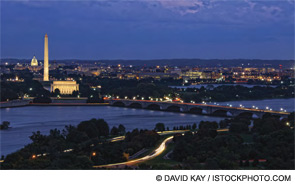 The Washington, D.C. conference highlighted BJD activity and featured presentations on the burden of disease, recent advances, and prospects for the future.

Around the globe today, motor vehicle accidents rank as one of the major hazards to bone and joint health. In the United States, the carnage results largely from drunk driving and the mystifying behavior of those who think they can use cell phones and send text messages while catapulting down the highway. In the developing world, the culprits are hazardous roads, poor vehicles, and a situation called heterogeneous traffic. In heterogeneous traffic, pedestrians, trucks, automobiles, bicycles, scooters, horses, and donkeys vie for access on the same road. The differences in these conveyances lead to mayhem and deadly collisions, where speed and size determine the winners and losers.

Lessons from Around the Globe

As is the case at any international meeting, the opportunity to meet individuals from other countries and hear of the challenges in medicine overseas is always enlightening and often sobering. Certain events obviously have enormous medical consequences that unfortunately can quickly be forgotten. In the rush of 24/7 news coverage, the media fixate on wrenching images of immediate tragedy and then move on, neglecting the longer-term effects. Among its devastating legacies, the Sichuan earthquake in China produced hundreds of children who had to have amputations to remove crushed limbs. The efforts of the Stand TALL project from Hong Kong to provide prostheses and encourage rehabilitation signify the practice of medicine in its most selfless and compassionate way.