You are here: Home / Articles / Can Genetic Information Change the Clinical Care of Rheumatology Patients?
Print-Friendly Version / Save PDF 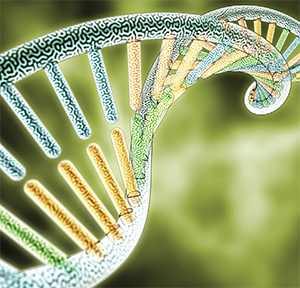 WASHINGTON, D.C.—Calling it an extremely challenging topic, Peter K. Gregersen, MD, professor and head, Robert S. Boas Center for Genomics and Human Genetics, Feinstein Institute, Manhasset, N.Y., said the current role of genetics in clinical practice is less about how to use genetic information to care for patients and more about how providers and patients can participate in improving our understanding of genetics and its relationship to both health and disease.

“The role of genetics right now in diagnosing and managing common rheumatic disorders is pretty nonexistent,” he said. “We have hundreds of genetic variants that we know are associated with a variety of rheumatic diseases, but, with the exception of autoinflammatory syndromes such as familial Mediterranean fever and a few others, knowledge of that genetic variation has no impact on the diagnosis or management of patients.”

Speaking to participants during a session titled Genetics in the Rheumatology Clinic: Can It Change the Clinical Care of Patients? at the 2016 ACR/ARHP Annual Meeting, Dr. Gregersen invoked the memory of John F. Kennedy by urging rheumatologists to focus less on what genetics can do for them in the clinic and more on what they can do for genetics.

“Even though we’ve done a lot of population studies of genetics and have found a bunch of genes with modest effect, we need to figure out how those genes work,” he said. “Rheumatologists need to get involved in studies that address this.”

One major message Dr. Gregersen conveyed to rheumatologists was the need for them to get involved in studies aimed at understanding the function of disease-associated genetic variants to identify new pathways and targets for drugs.

To do this, he emphasized the importance of studying gene function in normal populations given the problems of confounding influences of ongoing inflammation and drug therapy in patients with disease.

He cited research done on the genetic variant tyrosine-protein kinase (Tyk2) as an example of the type of research needed to better understand how a specific gene functions and how this knowledge can be used to identify reasonable drug targets. Although the Tyk2 variants are uncommon (found in only 3% of the population), he emphasized that they are strongly protective for rheumatoid arthritis (RA); only 1.5% of people with RA carry these variants. Research shows that normal people who carry two copies of Tyk2 protective variants have partially compromised function in cytokine signaling, he said, which suggests a potential drug target. However, Dr. Gregersen cautioned that complete absence of Tyk2 causes immunodeficiency and therefore raises the question of safety of drugs developed to inhibit this target.