You are here: Home / Articles / Drug Reduction Strategies, Disease Control for Patients with RA in Remission
Print-Friendly Version / Save PDF 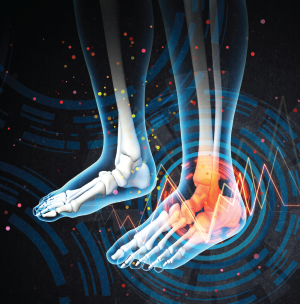 WASHINGTON, D.C.—Clinical aspects of managing patients with rheumatoid arthritis (RA) in remission were discussed by a panel of experts at the 2016 ACR/ARHP Annual Meeting during the session titled Rheumatoid Arthritis—Clinical Aspects IV: Managing Patients in Remission. Among the issues raised were strategies to taper or discontinue biologic therapies, as well as clinical predictors of prolonged disease control after discontinuing biologics.

Aatke van der Maas, MD, a rheumatologist at Sint Maartenskliniek, Nijmegen, The Netherlands, opened the session by presenting long-term outcomes of the Dose Reduction Strategies of Subcutaneous TNF Inhibitors (DRESS) trial, a randomized, controlled study in which patients with RA in remission were treated by either a disease activity-guided dose-reduction (DR) strategy for the tumor necrosis factor inhibition (TNFi) agents adalimumab or etanercept or usual care (UC) (nontapering tight control).1

Designed as a noninferiority study, short-term results at 18 months showed that DR was noninferior to UC in a cohort of 180 patients, of which 121 were allocated to DR and 59 to UC.1 All patients included in the trial had low disease activity (Disease Activity Score [DAS] 28 1

During the session, Dr. van der Maas reported on an extension phase of the trial that evaluated whether the results seen at 18 months were sustained for up to three years.2 A total of 172 patients (115 DR and 57 UC) were included. Based on an intention-to-treat analysis, the study showed that the safety and efficacy of the DR strategy could be maintained for up to three years. The study found comparable outcomes between patients in the DR and UC groups in terms of cumulative incidences of major flares (10% and 12%, respectively) during the extension phase of 18 to 36 months. During the entire 36-month-long study, 17% and 14% patients in the DC and UC groups, respectively, had a major flare.

In addition, the study showed no difference in quality-of-life measurements between the two treatment groups nor in radiological progression or adverse events. The study did show, however, a considerable savings in cost—with a mean cost savings over three years of €13.451 (approximately $14,506 U.S.) per patient.

Discontinuation of Biologics in Practice

To determine how a dose-reduction or discontinuation strategy of biologic therapy in patients with RA in remission would work in clinical practice, Cecilie Heegaard Brahe, MD, at the Copenhagen Center for Arthritis Research, Center for Rheumatology and Spine Diseases, Rigshospitalet, Glostrup, Denmark, presented one-year follow-up results of a guideline-directed longitudinal cohort study. The study looked at the clinical implementation over two years of a predefined algorithm for DR or discontinuation of biologic therapy in a cohort of 143 patients from five departments of rheumatology in the capital region of Denmark.3