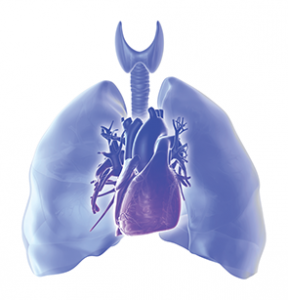 Systemic sclerosis (SSc) is an acquired, sporadic, autoimmune, connective tissue disease with two subsets: limited cutaneous scleroderma (lcSSc) and diffuse cutaneous scleroderma (dcSSc). In the U.S., the annual incidence is about 20 cases per 1 million adults, with a prevalence of about 240 cases per 1 million adults.1 As with other connective tissue disorders, SSc occurs predominantly in women, with onset most pronounced in childbearing years and declining after menopause. Although it can present at any age, the most common age of onset is 30–50 years.

In our search, we found no records of patients presenting de novo at age 94 with lcSSc—an age markedly above the usual range for any autoimmune disease. PAH is more common in limited than diffuse SSc, with prevalence reports of up to 35%.2 Congestive heart failure, mainly left heart failure, leading to pulmonary venous hypertension is the major cause of pulmonary edema seen in the elderly. Pulmonary edema due to severe PAH appears to be rare, with reports of pleural effusions occurring in only about 7% of SSc patients.3 There are also reports of lung involvement in SSc correlating with older age.