In addition, up to 10% of the GCA patients have either normal inflammatory markers or falsely negative temporal artery biopsies, even before the initiation of corticosteroid (CS) therapy.4,5 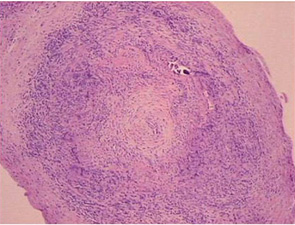 Since the development of the ACR classification criteria for GCA, cross-sectional imaging has assumed an increasing role in the evaluation of patients with large-vessel vasculitis. Current radiologic modalities, which include magnetic resonance imaging (MRI), magnetic resonance angiography (MRA), computed tomography angiography (CTA), positron emission tomography (PET) and combinations of those (e.g., PET/CT, PET/CTA or PET/MRI/MRA) (see Figure 2), can detect mural and luminal vascular abnormalities indicative of active or previous “vasculitic damage” to elastic and muscular arteries. These abnormalities include arterial wall thickening, edema or contrast/radioactive isotope uptake, as well as segments of narrowing, occlusion or aneurysmal dilatation. For example, vascular imaging may suggest GCA in elderly patients presenting with limb claudication and increased inflammatory markers in the absence of cranial symptoms, polymyalgia rheumatica or temporal artery abnormalities. In addition, vascular radiology is useful in individuals with known GCA who develop thoracic aortic aneurysms and, therefore, need longitudinal image surveillance to plan the timing of surgery to prevent aortic rupture.

Depending on the clinical setting (e.g., new-onset vs. long-standing disease) and the tech­nology used, between 10% and 90% of all GCA patients have radiographic evidence of disease in the aorta and its primary branches. In early stages of the disorder, arterial wall thickening and/or mural contrast enhancement is demonstrated in up to 70% of subjects by CTA.6

Acute arteritic lesions are also seen by MRA/MRI in more than 90% of cases presenting with fever of unknown origin.7 On follow-up, chronic stenosis and/or dilatations of the thoracic aorta, subclavian and axillary arteries are frequently detected by MRA.8

On the other hand, nearly 80% of GCA patients have long segments of increased linear 18F-fluorodeoxy­glucose (18F-FDG) uptake by PET in at least one vascular territory at diagnosis.9 The subclavian arteries are involved in three out of four cases and the aorta in almost half of the individuals.