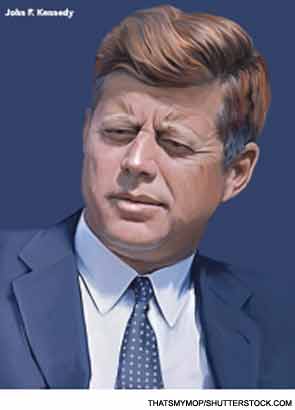 Your next patient, Jack, is a real charmer. A bit gaunt with a mop of unruly hair, his cheerful demeanor belies his extensive medical history. As you skim through the first stack of his lengthy medical file, you are taken aback by the gravity of his condition. Ten years earlier, at the age of 17, he was hospitalized at Yale–New Haven Hospital, Conn., and subsequently at the Mayo Clinic in Rochester, Minn., for an ill-defined syndrome characterized by fever, jaundice, an urticarial rash, and leukopenia. Despite the lengthy admissions, the cause of his illness was not discovered. His fever eventually resolved, but the leukopenia persisted. One eminent hematologist speculated that Jack was suffering from some form of preleukemic syndrome.

A few years later, a new problem arises: cramping abdominal pain coupled with alternating bouts of occasionally bloody diarrhea and constipation. There was some loss of appetite and weight loss. Could his symptoms be due to colitis? Imaging studies of the bowel were inconclusive. Jack’s East Coast doctors speculated that he suffered from irritable bowel syndrome. You flip through some papers and find a summary note from the gastroenterologist at the Mayo Clinic who concluded that the symptoms were caused by a “diffuse duodenitis.”

Over the course of the next decade, Jack’s medical condition continued to baffle his many physicians. Aside from the gastrointestinal complaints, he noted frequent hives and described one episode of facial swelling that lasted for a couple of days. In the notes, there are now descriptions of recurrent episodes of “nonspecific urethritis.” Now this is getting interesting. Your rheumatologist’s instincts are starting to lead you in the direction of some form of a reactive process. Yet, you haven’t read about any joint or back pain. Wait a second. Here it is. Back pain. This is the symptom that brought Jack to your office.

He began to notice low back pain about ten years ago. While traveling with some friends through Europe, their car got stuck on a beach in Italy. Jack and two of his buddies had to push the car for nearly two hours before they could extricate the wheels from the sand. Since then, he has complained of back stiffness and began wearing a back brace.

Of course, you are not the first physician to evaluate this problem. This should come as no surprise when you learn that his father, a former United States Ambassador, has all the right medical connections. One noted orthopedic surgeon who examined Jack did not identify any surgical issues. He recommended a conservative approach, focusing on physical therapy and the use of a back support. A second back specialist speculated that the pain was caused by a chronic sacroiliac joint strain, aggravated by very tight hamstring muscles. Yet a third surgeon dissented and pushed for aggressive management of Jack’s debilitating back pain. He recommended a lumbar discectomy.