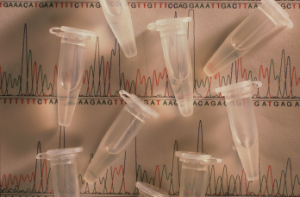 Researchers have identified an alphabet soup of autoinflammatory diseases with genetic underpinnings.

SAN DIEGO—Since the identification of the autoinflammatory disease, familial Mediter­ranean fever (FMF), researchers have identified an alphabet soup of other auto­inflammatory diseases with genetic underpinnings, from PAPA (pyogenic arthritis with pyoderma gangrenosum and acne) to NIAID (NLRP1-associated autoinflammation with arthritis and dyskeratosis) to TRAPS (TNF receptor-associated periodic syndrome).

The torrent of discoveries, brought about largely by increasing access to exome-sequencing technology that has fallen in price faster rate than computer technology, is likely to continue, said Daniel Kastner, MD, PhD, scientific director at the National Human Genome Research Institute in Bethesda, Md. Dr. Kastner led the research culminating in identification of FMF, and he remains a leading figure in the investigation of autoinflammatory diseases.

In a session at the 2017 ACR/ARHP Annual Meeting this past November, although these discoveries appear to be almost entirely lab driven, he emphasized the importance of patient inquiry in the findings as well.

“One of the really exciting things about the last two decades of working on the autoinflammatory diseases has been the fact that patients have posed a lot of the questions regarding the cause of their illness,” Dr. Kastner said. “That has led us, through genetics and genomics, to discover disease genes that underlie their illness.”

In one of the more recent discoveries, researchers identified PFIT (autoinflammatory periodic fever, immunodeficiency and thrombocytopenia), which is caused by a mutation in the actin regulatory gene WDR1. Patients were found to have elevated levels of the proinflammatory cytokine interleukin (IL) 18, a sign this cytokine could play a prominent role in these diseases, much as IL-1beta has long been known to play a key role.1

As researchers discover more of these diseases, they find a complex interplay that involves more than just innate immunity, Dr. Kastner said.

As researchers discover more of these diseases, they find a complex interplay that involves more than just innate immunity, Dr. Kastner said.

John Cush, MD, professor of rheumatology at Baylor University in Waco, Texas, offered guidance on how to identify and manage adult-onset Still’s disease (AOSD), the leading autoimmune cause of undiagnosed fever of unknown origin. He noted many common AOSD symptoms, including:

Less common symptoms include pruritis and urticaria, which appear in up to 40% of AOSD patients, and dermal plaques, facial rash, alopecia, erythema nodosum and Raynaud’s phenomena.

Patients with AOSD are at risk for macrophage activation syndrome (MAS), which clinicians can identify via fever hepatosplenomegaly, elevated liver function test results (LFTs) and pancytopenia.

“This is a big worry here,” Dr. Cush said. “A third of patients can die with a macrophage activation syndrome.”

Clues to MAS onset include a change in cell counts to rapid cytopenia, marked LFT elevations, hyperferritinemia and a rising C-reactive protein with a dropping ESR (normally, both remain very high).

Dr. Cush said the doctors most likely to correctly identify AOSD are not necessarily rheumatologists, but pediatric rheumatologists, infectious disease specialists and rheumatologists who know the criteria. The Cush Criteria for diagnosis require 10 points, with two points each for major criteria (e.g., quotidian fever; salmon-colored rash; simultaneously high white blood cell count and ESR, or CRP; seronegativity for RF and ANA; and carpal ankylosis), plus one point each for minor criteria (e.g., onset at younger than 35 years; polyarthritis; prodromal sore throat; increased hepatic enzymes; serositis; and cervical or tarsal ankyloses).

Treatment should start with steroids with or without NSAIDs, and sometimes methotrexate. Dr. Cush also noted more and more doctors are moving quickly to using an IL-1 or IL-6 inhibitor.

“The question remains, how to use these [inhibitors]? When to use these? And which do you use?” They’re both effective, he said, but there’s a potential advantage with anakinra and IL-1 inhibitors because they work fast.

If a clinician uses anakinra, they should give it at night, because endogenous circadian IL-1 spikes late at night, he said. Give steroids at doses of at least 40–80 mg per day in divided doses. Smaller doses don’t work, he said. If they do, “it’s not AOSD you’re treating.”

Although AOSD isn’t very common, Dr. Cush said, “You need to be prepared for how you’re going to diagnose and manage this, because it still is a challenge.”