You are here: Home / Articles / Marijuana for Rheumatology Patients?
Print-Friendly Version / Save PDF 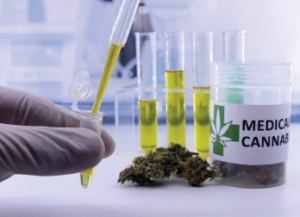 What do we know about cannabis treatment for chronic pain associated with rheumatologic conditions? Flapas / shutterstock.com

SAN DIEGO—What does cannabis offer to the treatment and management of rheumatology patients and the range of pain states they experience? What do we really know about its long-term effects? These are hard questions to answer with currently available data and a reality nuanced by complications cannabis advocates don’t always recognize, according to two experts presenting at the ACR/ARHP 2017 Annual Meeting Nov. 3–8.

Cannabis refers to all the various products and chemicals, including marijuana, derived from the cannabis plant. “We’ve had debates about cannabis, pro and con,” said Rosalie Pacula, PhD, of the Rand Drug Policy Research Center in Santa Monica, Calif. Debating the pros and cons of whether cannabis could be used therapeutically is no longer as relevant, she said, because marijuana has been legalized in states representing 20% of the U.S. population and is allowed for medical use in many others. The picture at the state level is further complicated by the fact that marijuana remains illegal under federal law. “We should now talk instead about what cannabis does and how it affects society,” she said.

States have been experimenting with cannabis policy since the 1970s, starting with decriminalization policies and then medical marijuana.1 But state policies on marijuana remain a hodge-podge that continues to evolve. Researchers must understand the impact of state policies on use. Too often, research findings neglect the heterogeneity of state policies, policy evolution and the timing of changes, Dr. Pacula said. Academic researchers have only just begun to see the implications of these nuances.

With legalization has come increased prevalence, product innovation, falling prices and a much higher chemical potency than in the past. Legalization can generate sizeable tax revenues and savings in criminal justice expenditures, she said, “but we don’t yet know other consequences or costs.” Could cannabis serve as a substitute for prescription opioid analgesics, affecting overdose mortality rates, as was suggested by Martin Bachhuber et al in JAMA Internal Medicine?2

“It’s possible. But we are a ways away from answering that question definitively.” With cigarette smoking, it took decades to determine true long-term effects, Dr. Pacula noted. “We haven’t done the studies of cannabis, particularly the high-potency cannabis available today, which could begin to answer many important questions. We don’t have any idea of long-term effects. It’s a scientific research agenda, not something [we’ll answer] definitively with one or two studies in the near future.”

What Do We Know?

Daniele Piomelli, PhD, professor of Anatomy & Neurobiology in the School of Medicine and director of the Institute for the Study of Cannabis at the University of California, Irvine, reviewed the evidence for cannabis as a potential therapeutic agent. Very little research has addressed concerns specific to rheumatologists, such as the chronic pain associated with rheumatologic conditions. One recent study concluded there is insufficient evidence to recommend any cannabinoid for symptom management in patients with chronic pain associated with rheumatic diseases.3