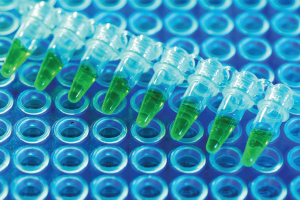 WASHINGTON, D.C.—Researchers have identified nine new genetic loci linked with juvenile idiopathic arthritis (JIA), along with evidence that at least some of them likely play a functional role, such as cytokine signaling and T cell expression.

The findings were presented in an abstract session at the 2016 ACR/ARHP Annual Meeting, which also included a presentation on findings on the epigenome in JIA.

Researchers pooled 2,751 cases and 15,886 controls from cohorts previously studied, with an eye toward a large, homogeneous population.1 Many previous cohorts have included patients with all of the seven different subtypes of JIA. This cohort included only the similar oligo and rheumatoid factor-negative polyarthritis subtypes, said presenter Laura McIntosh, a graduate student and researcher at the Cincinnati Children’s Medical Center.

Four of the regions—JAK1, PTH1R, AHI1 and WDFY4—have been found to have roles in other autoimmune diseases, including celiac disease, multiple sclerosis and lupus. But five of the loci appear to be unique to JIA, Ms. McIntosh said.

To assess the functional implications of these loci, researchers queried two expression-quantitative trait loci (eQTL) databases to see whether any of them could affect the expression of their own genes or nearby genes. They found this to be the case for five of the loci.

“This lends to an important regulatory impact on these associated genes,” Ms. McIntosh said.

They also analyzed the single nucleotide polymorphisms (SNPs) for histone modifications in seven cells and found that “there’s evidence for a link between associated loci and potential functional consequences that could affect gene expression,” Ms. McIntosh said.

‘When you look at the histone marks, you see quite different epigenomes in patients with juvenile arthritis,’ Dr. Jarvis said. … ‘These [histone] marks were so significant that you could actually crisply sort out active disease from healthy controls both for K4 mono-methylation & K27 acetylation.’

In another JIA study, researchers found that neutrophils in children with the disease have epigenetic markers that aren’t seen in healthy children, and that the JIA neutrophil epigenome shows a high degree of plasticity, reorganizing over the course of therapy.2