You are here: Home / Articles / No Gain with Pain: Exercise & Physical Function in Patients with Rheumatic Disease
Print-Friendly Version / Save PDF 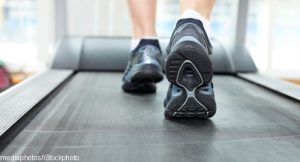 MADRID—In 2018, the European League Against Rheumatism (EULAR) issued recommendations for physical activity in patients with inflammatory arthritis and osteoarthritis (OA). The recommendations note that physical activity is integral to the standard of care and the role of all healthcare providers is to promote such activity. Additionally, individual aims and goals for physical activity levels should be patient centered. In this report, EULAR also indicated several general and disease-specific barriers to achieving activity goals, including symptoms of pain, stiffness, fatigue and reduced mobility.1

With these themes in mind, presenters addressed the role of physical activity in a Challenges in Clinical Practice session during the 2019 European Congress of Rheumatology (EULAR), June 12–15.

In a discussion titled, Can Drugs and Surgery Help People with Joint Pain Increase Activity? physiotherapist Kristine Røren Nordén, MSc, of the Department of Rheumatology at Diakonhjemmet Hospital, Oslo, Norway, presented the opening case. Ms. Nordén described the story of a 24-year-old man with HLA-B27-positive ankylosing spondylitis who was unsuccessfully treated with four tumor necrosis factor (TNF) inhibitors. The patient was admitted to the Norwegian National Unit for Rehabilitation for Rheumatic Patients with Special Needs (NBRR), which offers person-centered, specialized, interdisciplinary rehabilitation for patients with complex illness challenges and functional issues.

Through the efforts of myriad health professionals and staff, including a rheumatologist, a psychologist, physical and occupational therapists, and a social worker, the patient noted improvement in his ability to exercise without pain and a decrease in fatigue with exercise. These improvements aided the patient’s return to part-time work as an electrician. The key factors identified as contributing to these positive results were:

The model described by Ms. Nordén is not always typical of general clinical practice, in which medications alone represent the first-line therapy for pain management in rheumatic diseases.

Physical activity is integral to the standard of care for OA patients, & the role of all healthcare providers is to promote such activity.

Medications for Pain
On the subject of medications, physiotherapist Silje Halvorsen Sveaas, PhD, Diakonhjemmet Hospital, Oslo, Norway, noted that although commonly prescribed medications, such as non-steroidal anti-inflammatory medications (NSAIDs) and acetaminophen, certainly contribute to the treatment of rheumatologic conditions, they can represent a double-edged sword. Example: NSAIDs clearly play a role in both pain control and reduction in inflammation associated with many rheumatic conditions, but it has been shown that in reducing cyclooxygenase (COX) activity, NSAIDs can contribute to reduced muscle size and strength, because COX activity is important in muscle protein synthesis.2