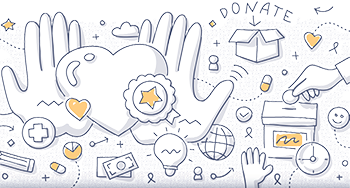 The Rheumatology Research Foundation’s Honorary Board of Advisors is reserved exclusively for individuals who have made a transformative contribution, via a significant donation or through leadership, leaving an indelible mark on the organization’s future fundraising success. This year, Audrey M. Nelson, MD, from the Mayo Clinic, and ACR Executive Vice President Mark Andrejeski were named to the Foundation’s Honorary Board of Advisors and recognized for their outstanding contributions to the field of rheumatology.

Under Mr. Andrejeski’s visionary leadership, the ACR has demonstrated its continued commitment to the Foundation’s mission through unprecedented support, which has totaled more than $22.5 million. At the direction of Mr. Andrejeski, the ACR has served as the first stakeholder in all three of the Foundation’s fundraising campaigns and set the standard for transformational giving, which has inspired a culture of philanthropy among ACR/ARP members, patients, corporations, foundations and many others.

A tribute video for each of them can be found at www.rheumresearch.org/leadership.