Historically, ankylosing spondylitis was considered mainly a male disease. But it has become evident this predominance is not as great as previously believed. Here we discuss recent developments in the area, including potential differences between the sexes in symptom and disease burden, immunological and genetic background, diagnostic delay, treatment response and ongoing research questions.

Generally speaking, these differences may be mediated by sex, gender or a combination of the two. Differences due to sex occur from direct biological effects of chromosomal composition, reproductive organ formation and their downstream of effects on sex hormone levels.1 As gene regulators, sex hormones may have a variety of complex effects, potentially serving to inactivate or activate the expression of genetic pathways important in disease pathophysiology.3 Differences due to gender occur due to a person’s self-representation and a complex milieu of social and cultural factors.1

Changing Categories of Ankylosing Spondylitis & Axial Spondyloarthritis
To understand how these  differences have played out over time, it is helpful to remember how diagnostic categories for axial spondyloarthritis have evolved. Vega Jovani, MD, PhD, a physician in the rheumatology department of University General Hospital of Alicante, Spain, explains, “In the modified New York criteria for diagnosing ankylosing spondylitis, it was necessary to have sacroiliitis on X-ray imaging.”5 Yet women, on the whole, display fewer radiographic changes compared with men. 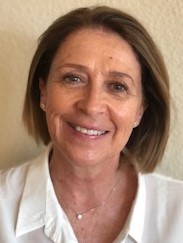 Irene van der Horst-Bruinsma, MD, PhD, a rheumatologist at the VU University Medical Center in Amsterdam, considers non-radiographic axial spondyloarthritis an important new disease entity, but she admits some clinicians have found the updated criteria confusing. “Part of it is that we don’t yet understand how to predict which subset of non-radiographic axial spondyloarthritis patients will eventually develop radiographic changes. We know that patients who have a positive MRI with inflammation around the sacroiliac joint and raised CRP [C-reactive protein] levels have a higher chance of radiographic progression, but there are also many patients who don’t progress,” she states.

Prevalence
In the 1940s, the earliest studies of ankylosing spondylitis in men vs. women put its occurrence at around 10 to 1.8 However, studies in the 1970s, 1980s and 1990s performed with later diagnostic criteria put the ratio at about 3 to 1.1,7,9 The prevalence of non-radiographic axial spondyloarthritis is not as well established, partly due to its newness as a diagnostic category, but the occurrence in men vs. women is estimated at roughly 1:1.6,9 But some physicians, especially non-rheumatologists, may not be completely comfortable with it as a disease category.

For clinicians, knowing the exact ratio is not as important as recognizing that both radiographic and non-radiographic axial spondyloarthritis do occur in women. Therefore, it must be considered in any differential diagnosis of back pain, especially back pain with inflammatory features.1

Disease Differences Between Men & Women
It’s not known how sex may mediate downstream effects, but sex hormones are known to have specific effects on the immune system.3 Some data suggest men with axial spondyloarthritis, on average, have higher levels of TNF-α, CRP and interleukin-17 (IL-17) compared with women.7,10,11 It may be that genes activated via sex hormones play a role in either curbing or exacerbating aspects of disease pathophysiology, modifying the influence of a patient’s existing genetic load. Dr. van der Horst-Bruinsma notes it may be helpful to further explore differences in genetic expression between men and women with axial spondyloarthritis, perhaps via mRNA studies, noting men and women display relevant differences in many other diseases. Early work in this area has shown some potentially relevant differences in genetic expression, showing unique expression of certain genes in males diagnosed with ankylosing spondylitis compared with unaffected males and affected females.11

Differences in Disease Presentation
Women with axial spondyloarthritis tend to have more peripheral complaints, like joint pain, compared with men, who predominantly experience lower back pain with less peripheral involvement. “We also see more enthesitis in women compared with men overall. So that may also be an important factor delaying the diagnosis in women,” Dr. van der Horst-Bruinsma states. More women also seem to experience widespread pain and coexisting inflammatory bowel disease; in contrast, more men display symptoms of anterior acute uveitis. Women seem to be more likely to have cervical and neck pain than men. Thus women are less likely to present with the classic symptoms of the disease characterized by inflammatory type lower back pain.7

Literature reviews demonstrate that, on average, women with radiographic axial spondyloarthritis seem to have fewer radiographic changes and show less progression compared with men. However, this does not appear to directly correlate with severity of symptoms, as evidence from several studies suggests that as a group, women may actually experience a higher symptom burden compared with men.7,12 Dr. van der Horst-Bruinsma stresses the disease can be severe in women.

Diagnostic Delay
The differences in symptom manifestations may contribute to diagnostic delay in women. In general, ankylosing spondylitis has been associated with diagnostic delay, often first misdiagnosed as more common but less serious disorders like non-specific chronic low back pain.13 Women with axial spondyloarthritis appear to experience greater diagnostic delay than men, though this interval may have decreased over the past few decades.1 Yet in a recent study published in PLoS One, Dr. Jovani et al. observed that one-third of males were correctly diagnosed in their first visit to a healthcare provider, but only a tenth of women were.14 A 2016 meta-analysis found a delayed diagnosis of 8.8 years for women compared with 6.5 years for men.15

Symptom overlap with other possible conditions can confuse the issue. Dr. Jovani notes some female patients may be mistakenly referred to gynecologists, surgeons, gastroenterologists or psychiatrists. “Some symptoms of spondyloarthritis, such as low back pain, morning stiffness and sleep disorders associated with pain, are shared with fibromyalgia. Often, these symptoms in women are not regarded as having the same meaning as similar symptoms in men, and they are not usually considered in the differential diagnosis of spondyloarthritis, in spite of sometimes coexisting with enthesitis and peripheral arthritis.”

“I think we should be careful not to overlook this pain component, because that might be more a component of enthesitis, which may be more severe in women,” says Dr. van der Horst Bruinsma. She also points out fibromyalgia can sometimes be mistakenly diagnosed in female patients, missing a treatable underlying diagnosis of axial spondyloarthritis. “I think that if we can’t rule out that these patients have a high grade of enthesitis, which is always difficult to diagnose with imaging, then we might miss a lot of treatment options.”

Dr. van der Horst-Bruinsma notes some clinicians may be less likely to keep axial spondyloarthritis in their differential diagnosis for a young woman with lower back pain because of their preconception the disease occurs mainly in men. Dr. Jovani agrees that limited knowledge of non-rheumatologic health professionals about this group of diseases may contribute to diagnostic delay. She believes it is particularly important primary care physicians be educated that the prevalence of the disease is similar in men and in women, and women more frequently present with enthesitis and peripheral arthritis compared with men.

Differences in Treatment Response
Sex differences appear to be a factor in the response to TNF inhibitors, with women, on average, showing less benefit than men. Dr. van der Horst-Bruinsma points out most randomized, placebo-controlled trials of these drugs were statistically powered to find out whether a drug is more beneficial than a placebo. “But if you look into the gender difference, it doesn’t come out, because in those days the majority of the patients were males, and you had insufficient data on the women,” she states.

When Dr. van der Horst-Bruinsma et al. pooled data from four such studies of etanercept for ankylosing spondylitis, they found, as a group, women had less improvement than men; other data support this idea as well.10,16 Some studies have also shown women tend to switch TNF inhibitors more frequently, possibly signifying decreased treatment response.17 Although it is not clear why women, on average, may respond less strongly to these drugs, higher body fat in women has been proposed as a mediator of poorer efficacy in this group.18 However, Dr. van der Horst-Bruinsma relates she is not less likely to prescribe these drugs to a woman than to a man, because the majority of women do show some positive changes when prescribed TNF inhibitors.

It remains to be seen whether sex may play a role in efficacy of other treatments of axial spondyloarthritis, such as the anti-IL-17 monoclonal antibody secukinumab. Dr. van der Horst-Bruinsma and colleagues are currently preparing data on response to IL-17 inhibitors for axial spondyloarthritis in men compared with women, which they plan to present at the 2019 ACR/ARP Annual Meeting in Atlanta.

Research Challenges
In general, consensus is growing that potential sex differences have not been adequately considered in the process of drug development. This includes basic research, such as with cell lines and mouse models, and continues in the underrepresentation of women in clinical trials.19 “The publication of results with a gender perspective makes the medical community learn the differences and similarities between men and women in different diseases,” Dr. Jovani says. “There is a lack of sex-stratified results in most studies of diagnostic delay in spondyloarthritis, and influences of sex were rarely discussed.” However, she admits that studies without sex-stratified findings are easier to conduct.

“I think it would be helpful to stratify and pool the data that we already have for these drugs and look into the differences between men and women,” says Dr. van der Horst-Bruinsma. “I think we have to be careful not to say, ‘We did a multi-logistic regression analysis, and it doesn’t come out,’ because if the population of women is too low, you will not find significant difference. But if you have sufficient data on men and women, you might find differences.”