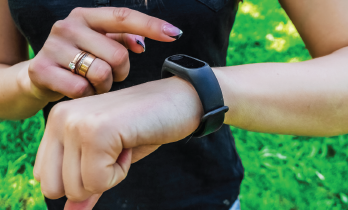 For people with rheumatoid arthritis (RA), fatigue can be a debilitating symptom that interferes with daily life and significantly reduces quality of life. Managing fatigue can be difficult; it is linked to disease activity and a host of other conditions that commonly accompany RA, such as depression, sleep problems and obesity.

A new study, however, suggests that use of a simple intervention can have a significant impact on reducing fatigue by targeting a common source of fatigue in people with RA—that is, physical inactivity.

A recent study by Katz and colleagues found that patients with RA who used a pedometer to monitor their physical activity had a significant reduction in fatigue.1 In addition, increasing physical activity also improved self-reported disease activity, functioning, depression and pain interference.

“Pedometers have been used in a lot of studies to improve activity, and they generally are effective, because when you are monitoring your behavior, it is a lot easier to change it,” says lead author of the study, Patricia Katz, PhD, professor, Department of Medicine University of California, San Francisco, Arthritis Research Group, San Francisco.

A key take-home message for patients with RA is that moving more is good for you. “The study shows that moving more doesn’t make RA worse, but does improve fatigue and other aspects of the disease,” says Dr. Katz. 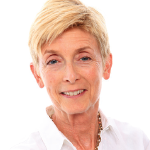 The study was undertaken by Katz and colleagues based on data gleaned from a previous study that showed inactivity as a key source of fatigue for people with RA.2 To test whether increasing physical activity could improve fatigue, 96 patients with RA were randomized to one of three treatment groups and followed for 21 weeks. Table 1 describes the intervention used in each treatment group.

All patients had well-established disease with comparable self-reported disease activity and levels of functional impairment at baseline. Most were female (88%), white (64%) and had a mean age of 54 years. Of the total group, 22% were Spanish speaking. The only significant baseline differences among the three groups was that patients in the placebo group were older and had a longer duration of RA.

Based on the changes in weekly average number of daily steps (primary outcome), the study found that patients in both intervention groups significantly increased their physical activity, as demonstrated by an increase in average daily steps (+1,441 for PED and +1656 for PED+; P=0.004 and P=0.001, respectively).