You are here: Home / Articles / The Great Debate: Should Jakinibs Be Used Before Biologics after Methotrexate Failure in RA?
Print-Friendly Version / Save PDF

ACR CONVERGENCE 2020—In many ways, the current plethora of treatment options for rheumatoid arthritis patients represents an embarrassment of riches. However, while many therapeutics approved by the U.S. Food & Drug Administration (FDA) are available, knowing the order in which to try these medications with patients can be quite challenging. In The Great Debate, held Friday, Nov. 6, two master clinicians debated the following resolution: Janus kinase inhibitors (Jakinibs) should be used before biologics after methotrexate failure in rheumatoid arthritis (RA).

Arguing for this resolution was Vibeke Strand, MD, MACR, FACP, adjunct clinical professor, the Division of Immunology and Rheumatology, Stanford University School of Medicine, Calif. Dr. Strand began her argument by describing the trials that, to date, have supported the efficacy of Jakinibs in the treatment of RA. 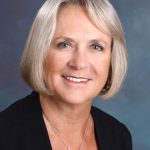 In addition to these findings of non-inferiority and, in some studies, superiority of clinical effectiveness, studies have also demonstrated impressive improvements in quality of life for patients treated with tofacitinib and upadacitinib, as measured by the 36-Item Short Form Health Survey (SF-36).4,5

Dr. Strand noted that patients on Jakinib treatment typically notice the onset of clinical improvement within one or two weeks of being on treatment. Patients may be more likely to maintain treatment adherence based on the ease of taking an oral medication—as opposed to an injectable or infusion medication—and the reassuring feeling of seeing fast results.

Jakinibs also have a shorter half-life than any biologic used in the treatment of rheumatologic conditions. Thus, patients and clinicians can feel comfortable knowing that, if the medication needs to be stopped, it will quickly be cleared from the body.

Dr. Strand addressed several potential adverse effects noted with Jakinibs, including the increased incidence of herpes zoster infection. However, given the availability of the recombinant, adjuvated zoster vaccine Shingrix, patients can receive immunization prior to treatment with Jakinibs. The risk of venous thromboembolism (VTE) is an important issue recognized by the FDA, which placed a black box warning on the package insert for tofacitinib in July 2019.6 However, Dr. Strand noted that, with RA itself representing a known risk factor for VTE and no known, plausible, biologic mechanism by which Jakinibs increase the risk of VTE, it would be reasonable to withhold this class of treatment from patients with a history of VTE, but it may not be necessary to do so in patients without such a history.

Arguing against the resolution was Michael Weinblatt, MD, John R. Riedman Professor of Medicine, Harvard Medical School, Boston, and associate director for the Center for Arthritis and Joint Diseases, Brigham and Women’s Hospital, Boston. Dr. Weinblatt began his presentation with what he described as the most important point in this debate: the fact that the rheumatology community has 22 years of clinical experience and lessons learned from the use of tumor necrosis factor (TNF) inhibitor therapy since the first medication in this class, etanercept, was approved by the FDA in 1998.