You are here: Home / Articles / The Little-Known (But Not Uncommon) SSc-Lupus Overlap Syndrome
Print-Friendly Version / Save PDF 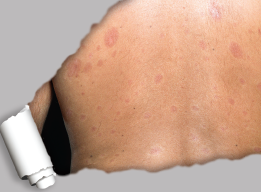 “Little is known on this group of patients, and it is important to shed light on their prevalence and characteristics,” says Sindhu R. Johnson, MD, PhD, director of the Toronto Scleroderma Project at the University of Toronto, Canada, and a study co-author. “The field of overlap syndromes has been challenging for clinicians. There is a lack of understanding and knowledge about what overlap means in terms of potential complications and prognosis. We do not have clearly specified diagnostic criteria or classification criteria to systemically identify these people.”

The study’s cohort included subjects from the Toronto Scleroderma Program (a network of three academic hospitals) who fulfilled the ACR/European League Against Rheumatism (EULAR) classification criteria for SSc and/or the ACR classification criteria for SLE.8-10 The primary outcome was time from diagnosis to all-cause mortality. Patients were followed every 6–12 months using a standardized protocol. The study period ran from 1970–2017.

Patients in the two groups had no significantly different occurrences of comorbidities like hypertension, diabetes, dyslipidemia, cancer, stroke or atrial fibrillation. All of the SSc-SLE overlap syndrome patients had anti-dsDNA or anti-Sm antibodies.

No survival data had been reported for SSc-SLE overlap syndrome before this study. There were 432 deaths recorded during the follow-up, including 411 subjects with SSc alone and 21 with SSc-SLE overlap. Overlap syndrome patients had a better, but not statistically significant, difference in mean survival time: 26.1 years compared with 22.4 years for patients with SSc alone. Overlapping SLE neither increases the risk of, nor offers any protective effect against, mortality, the study found.