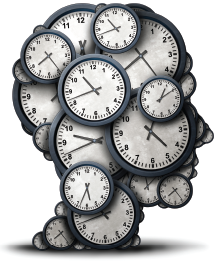 Medical schools train physicians not to complain about working long hours or stressful situations because it’s a sign of weakness, but burnout is real and must be managed.
Lightspring/shutterstock.com

Years ago, the Mayo Clinic was exploring effective ways to minimize burnout among the more than 3,000 doctors employed at its three medical and research facilities in Rochester, Minn., Scottsdale, Ariz., and Jacksonville, Fla. One strategy involved inviting physicians to participate in small groups to discuss topics that were fairly ubiquitous among doctors, from medical errors to work–life balance.

“The results were striking,” says Colin West, MD, PhD, professor of medicine at Mayo’s Rochester campus and co-director of the facility’s physician well-being program. “It was a randomized trial. The group involved in these discussions had markedly lower rates of burnout and markedly increased levels of sense of meaning from their work as physicians.”

As an occupational hazard, physician burnout is real, pervasive and potentially dangerous to doctors and their patients. For years, numerous studies have revealed the alarming effects or consequences of burnout—both personally and professionally—which has prompted some in the healthcare community to get off the sidelines and seek intervention strategies. So far, their efforts have been successful, providing dedicated physicians with opportunities to rebuild their strength or energy, regain their confidence as skilled clinicians and rediscover their purpose as medical practitioners.

One recent study—the Medscape Rheumatology Lifestyle Report 2016: Bias and Burnout—surveyed 15,800 physicians from more than 25 specialties. Although more than half (55%) of physicians in critical care, urology and emergency medicine reported the highest rate of burnout, rheumatologists fell toward the middle at 47%. More female rheumatologists (61%) experienced burnout than their male peers (40%). Overall, burnout among rheumatologists has slightly increased between 2013 and 2016 among men (from 33% to 40%) and women (from 59% to 61%).

Back at Mayo, more than 1,300 physicians and research scientists across all three campuses have voluntarily participated in informal group meetings since they were introduced in October 2015. The rules are simple:

In exchange, Mayo reimburses each doctor up to $20 for meals or other expenses they may incur during the meetings.