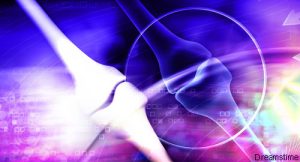 In 2021, the ACR—in concert with the Vasculitis Foundation (VF)—released four new vasculitis guidelines, one each on: 1) anti-neutrophil cytoplasmic antibody (ANCA) associated vasculitis, 2) giant cell arteritis (GCA) and Takayasu arteritis, 3) polyarteritis nodosa and 4) Kawasaki disease.1-3,11 The guideline development process is complex. For the vasculitis guidelines, this process kicked off in June 2017, when the core leadership team formed by the ACR first met in person. The ACR also convened expert and voting panels. Together, the core team and the two panels determined the project’s scope. Members of the literature review team assembled evidence using the most recent nomenclature system for vasculitis, the 2012 Chapel Hill Consensus Conference nomenclature.4 A panel of patients contributed as well. In this series, we discuss the updated recommendations with authors who contributed to each guideline. Read other installments in this series.

Our series on the new vasculitis guidelines continues with an interview with Jason Springer, MD, MS, associate professor of medicine, Division of Rheumatology and Immunology, Department of Medicine, Vanderbilt University Medical Center, Nashville, Tenn., co-director of the Vanderbilt Vasculitis Center and one of the lead authors of the ACR/VF guidelines for polyarteritis nodosa (PAN).

PAN is a systemic, necrotizing, medium vessel vasculitis—although small vessels can be involved as well—and typically presents with constitutional symptoms. Aside from a curious predilection to spare the lungs, it affects just about any organ system. It classically results in purpuric skin lesions, renal artery involvement resulting in renovascular hypertension and mononeuritis multiplex. Abdominal pain, secondary to mesenteric involvement, and muscle symptoms are commonly reported. Orchitis affects a minority of cases.

Several of the recommendations are commonplace for us already, including recommendations for abdominal vascular imaging, both at diagnosis and in follow-up. Cyclophosphamide is also recommended over alternatives (e.g., rituximab) for active, severe disease, which may not be controversial for PAN the way it may be for the treatment of patients with ANCA-associated vasculitis.

One of the few strong recommendations concerned a disease only recognized recently, known as adenosine deaminase 2 deficiency (DADA2). This genetic disease is caused by a deficiency of the ADA2 enzyme that usually starts in childhood. It can cause recurrent strokes, severe systemic inflammation, immune deficiency and damage to many of the body’s tissues and organs.5 Some of the people who we had previously diagnosed with PAN are now being diagnosed with DADA2.